It was only a matter but time I suppose, but Melco have added Tidal and Qobuz integration with the release of the latest firmware, V3.50. As with all Melco updates it really straightforward to update your machine, it’s literally just a few button presses and it does the rest itself.

In order to play a stream from either Tidal or Qobuz you simply need to use either the Lumin app or the Linn Kazoo app, both of which are mode 1 app’s on the Melco. Launch the app, go to the Tidal or Qobuz section enter your account details and away you go. 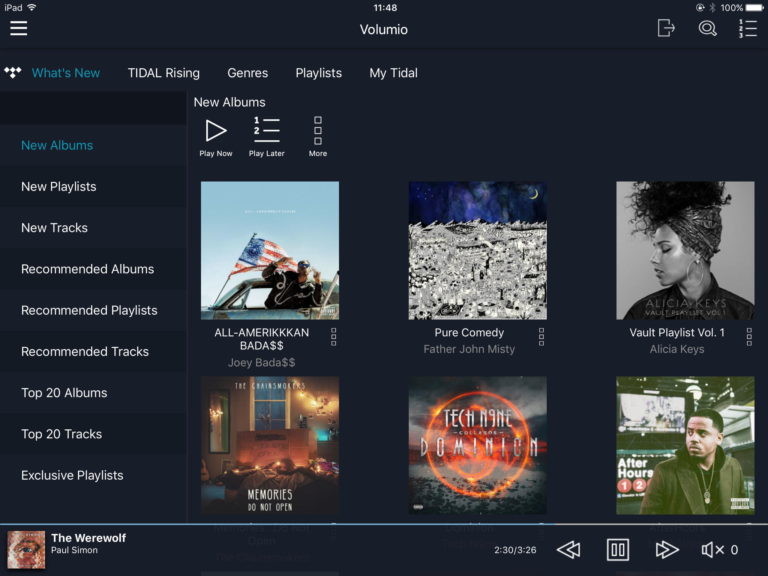 From within Tidal you have to absolutely everything Tidal has to offer in terms of new content with the brilliant Tidal Rising, new albums, new tracks and exclusive playlists and of course you can build your own own playlists and save them for future playback.

Linn Kazoo support has also been added with V3.50 and it’s a tremendous app, rock solid in operation, it’s easy to use and very intuitive and it can also be used as a desktop app on a Mac or Windows PC as well as the ubiquitous iPad and Android versions. I already have a number of Melco customers using Kazoo on a Mac and it really is superb!