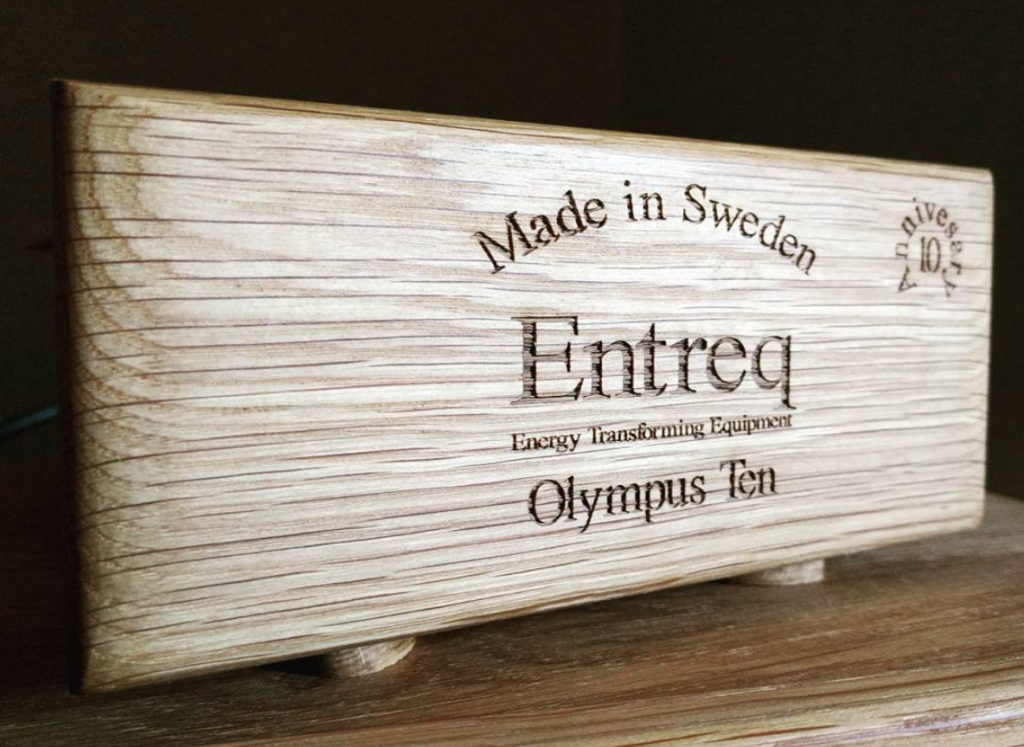 Entreq have launched an all new ground box, the Olympus Ten.

As the name suggests the Olympus Ten is from the flagship Olympus line of grounding products, but for the first time Entreq have produced something from that range in a much smaller and manageable size.

The Olympus Ten is the same physical size as a Silver Minimus, but offers a far higher level of grounding due to the mineral mixture it contains.

If you are unable to accommodate a Silver Tellus or Poseidon due to their physical size you now have no excuse!

What can you do with an Olympus Ten? 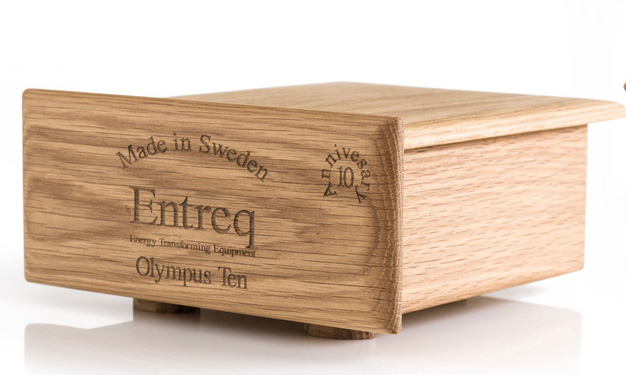 Quite a lot if truth be told.

I would still advocate that any of Entreq’s small ground boxes should only be used to ground one component, if you ground multiple devices the benefit becomes less obvious. This should be considered the ultimate single point ground box.

It can used to ground an integrated amplifier, CD player, network streamer, DAC, Phono Stage – whatever you want really.

In this modern age almost everyone has a DAC or Streamer or uses a Computer to playback music through their system. Ground your DAC or primary source component and you’ll be able to hear so much more of what is going on. The finer subtleties of recordings you know really well jump out like never before!

You can take a pair of Olympus Ten and ground the speaker outputs of your integrated amp or power amp, this is always a pretty quick and effective demonstration.

Whatever you connect them to the ground boxes basically pull unwanted electrical noise, distortion and stray current out of the signal path. This dramatically lowers the noise floor, making music more dynamic, more natural, put simply it makes you music more musical and enjoyable! 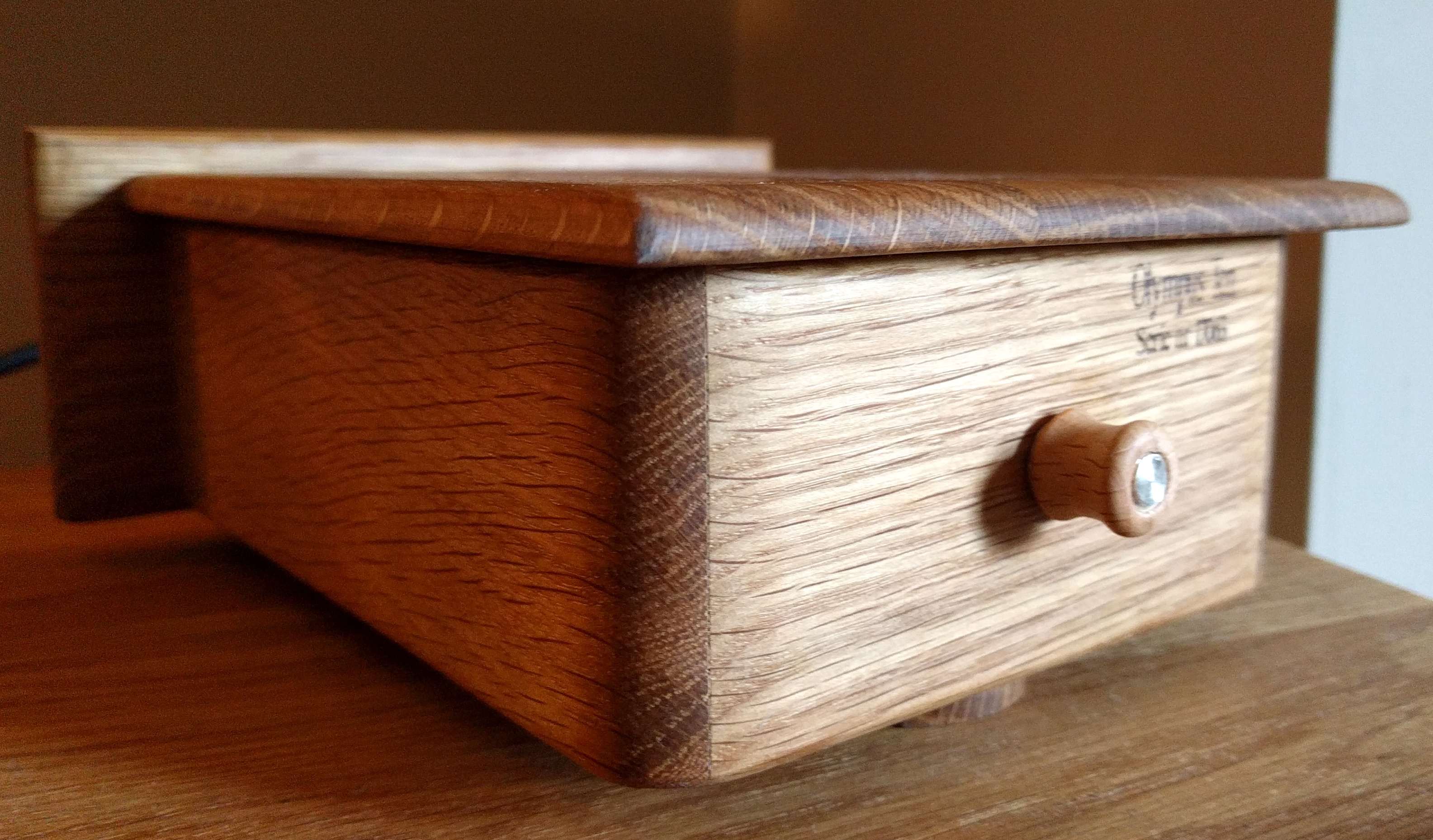 Turntables and vinyl playback has been making a resurgence (did it ever really go away?) over the past few years. If you have a good phono stage grounding it will really transform the ability of your vinyl reproduction.

You can even add an Everest or K2 binding post to the rear of the Olympus Ten, further enhancing it’s ability, at £170 for a K2 or £240 for an Everest it’s an incredibly cost effect upgrade. Everyone who hears it loves the benefit, especially given the modest cost.

If you are an existing Entreq customer and you have Entreq interconnects or speaker cables in your system grounded with a Minimus or Silver Minimus the Olympus Ten is perfect to upgrade the performance of the connected cable.

Take an Apollo USB cable for example. Incredibly popular and the most common combination is to use this with an Apollo Ground Cable and a Silver Minimus. In a revealing system if you swap out the Silver Minimus for an Olympus Ten and within seconds you can literally hear the noise floor drop, all of a sudden the music sounds bigger, with more air and space around everything.

So, if you have a good hi-fi system which you enjoying listening to and you want to make it better, you should seriously consider introducing some Entreq into it. It really will take it to the next level of performance and enjoyment. You don’t need to trade in your amp or speakers to the next model up in the range – get the very best out of what you already own!

If your interest is piqued or you want to find out more please email or call! Find out more about Entreq here

The Poseidon is a 3 outlet box, each outlet is a Olympus Minimus.

The Tellus 2 is a 3 outlet box, 2 outlets are Silver Minimus and the 3rd outlet has a Atlantis Minimus integrated into it.

The Olympus Ten is superior to all 3 outlets on a Tellus 2, but it is not as good as an Olympus Minimus (1 outlet of a Poseidon).  But when you consider the difference in cost and physical size the Olympus Ten has real relevance for people. The Olympus Ten can be hidden from view in a lot of systems, which for lots of people is very important!

Think of it as the ultimate single post ground box!