The old Entreq Apollo USB cable was rather good, it was priced at £1250.00 and it required a 3.5mm ground cable and to perform to its very best a dedicated ground box as well. Typically, the most popular bits to go with it was the Apollo 3.5mm ground cable (£430) and a Silver Minimus (£480) or Olympus Ten (£1100). This changed the price point to almost £2200 with a Silver Minimus or nearly £2800 with an Olympus Ten. It is always best to think of an Entreq USB as a package to include the ground cable and ground box, as it will happily compete with other brands of cable at those sort of price points.

a) utterly blown away

b) not buying the cable! 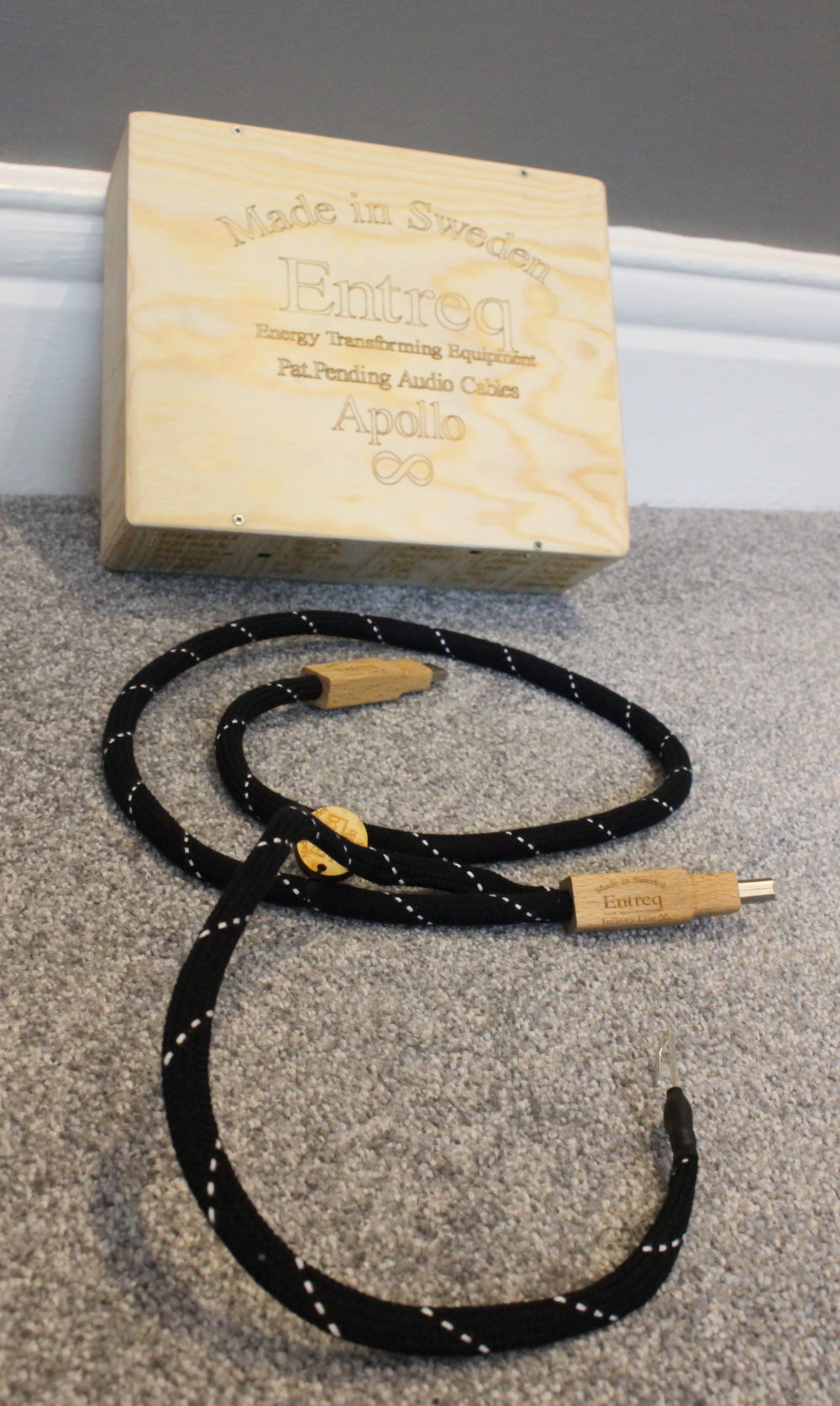 With the launch last year of the Apollo Ethernet cables Entreq made a change to the cable design in that they hard wired the ground cable into the receiving end of the cable. By eliminating the 3.5mm socket/plug and hardwiring the drain wire performance got a whole lot better, so anyone care to take a guess what they’ve done with the new Apollo USB cable? That’s right, a hard-wired ground connection, so you no longer require a separate ground cable. This is great in that means you don’t need to buy a separate cable (and worry about which one is best – Entreq have done that for you!) and the overall package price with a ground box is cheaper.

The USB cable itself is £1500 now, so with a Silver Minimus the package is now £1980.00 and with an Olympus Ten it is now £2600.00. You’ve also got the ability to further upgrade performance with either K2 or Everest Post depending on how you like the balance of the sound as well.

With the exception of the flagship Atlantis it was certainly the best USB cable I’d ever heard.

Having a completely un-shielded cable and using the ground cable/box to drain away the signal pollutants, noise etc makes such a difference to overall performance. It’s not rocket science, you simply need a decent system to start with and a working pair of ears!

Anyone who is familiar with Entreq will know they are always very busy and Per-Olof is always working on and researching something new and exciting – so after some time say hello to the all new Infinity version of the Apollo USB cable.

So, how does it sound?

As always with anything Entreq, the benefit of the ground connection is never instant, it’s not like flicking a switch, in most instances on a good system you can hear changes occurring after 20 to 30 minutes of being connected, but it’s typically 24 hours before it reaches peak performance. I know that sounds a bit odd, but anyone with experience of Entreq knows how it works!

Connected to a Melco N1ZH/2 and an Exogal Comet Plus Power Supply and grounded to an Olympus Ten I selected a few choice tracks/albums that have been having lots of play-time recently….. 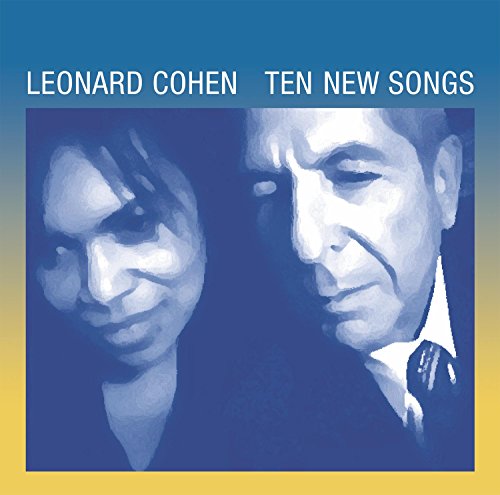 My first go to track is always the second track (A Thousand Kisses Deep) off Ten New Songs, Leonard Cohen’s raspy, gravelly vocal is better than ever and there’s a lingering synth in the background which is great test for getting a handle on how transparent and open your system is – I’ve used it so many times yet on so many systems this just gets lost in the mix, the better the system is the more you can hear of this and the more it is beautifully projected it in the room and simply lingers.

I’ve had a non-Infinity Apollo for quite some time (along with a non-Infinity 3.5mm ground cable). I know what my demo system sounds inside out with this in place, but a quick reminder is always good! I put together a short playlist with a selection of tracks off the 3 albums and made a start. Sounds great as always. Lots of scale, lots of weight, the system has always painted a big picture with pin point accuracy and it never disappoints.

Next up some Father John Misty – his new album is magnificent, full of wit as always and he’s maybe on cue to take over the mantle from Leonard Cohen as Mr Miserable! Take the best of Dylan and Elton John (when he was good!) and that will sort of point you in the direction of what he’s doing, you can really hear the emotion and inflection in his voice – on lesser systems this simply doesn’t come across.

After a good listen to a few tracks, it was time to swap the cable over for the new Infinity version. This was never going to be a quick, easy comparison, as mentioned above it takes time for a newly connected Entreq cable to do its thing – the ground connection will easily take up to 24 hours to reach it peak, but after 20-30 minutes you often get a hint of what’s coming!

Starting the playlist again with Leonard Cohen was very interesting, from almost the first beat the sound was much bigger, taller, wider and in particular a lot deeper, you could almost reach into the soundstage. When that background synth kicked in it was all there, beautifully clear and you could easily follow it and pinpoint the changes up and down as the track played.  That sense of scale was present right the way through the whole playlist, the hotel room Father John Misty is in now sounds much bigger and even more emotive!

The only thing you can with the Entreq is play some music and wait for it settle, so I queued up a long playlist and left it on repeat playing all day. The following morning I sat down to have a listen and now the sound is even more solid and engaging. The Avalon Idea’s are a great speaker, capable of producing such a big sound from a relatively compact box, they are now sounding like they are 6 foot tall. 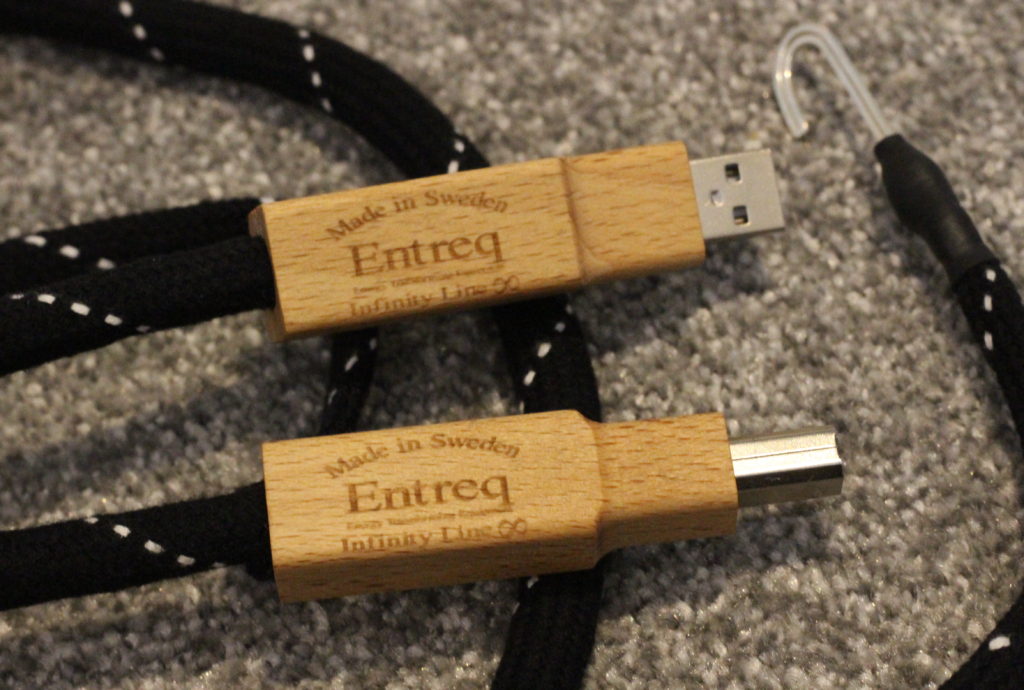 Now, I’m under no illusion that this cable won’t be for everyone at the price point it is at when you factor in the cost of  a ground box as well. But if you have a good system and you value your systems ability to accurately reproduce your CD rips and downloads as accurately and well rendered as possible……..you should really give it try. I can confidently say that this new cable is better than the old outgoing Atlantis! I predict there may be a few non-Infinity cables getting part-exchanged around these parts soon!

It’s not often you get a new product released which is better than the outgoing version and ends up costing less when you factor in the ground cable being integrated into it!

For those with more a modest system who use USB don’t forget the all new Primer range from Entreq is available now The Primer Pro is £400 and comes complete with a ground lead and entry level Primer Ground Box and offers a serious slice of Entreq performance for what is quite frankly an unknown price point for our friends in Sweden!