The remit of the Entreq Ground Box is simple, once connected to your system its role is to remove unwanted noise and pollutants that are present in the signal path, by doing this you really allow the system to breath and by removing the noise from the signal path you get to hear more of the music. It gives you more detail, better dynamics, a much more accurate soundstage, people often comment about the improvement of subtle nuances with the soundstage in terms of placement, both in terms of width and depth. The ground boxes are completely passive and they add absolutely nothing to the presentation of a system, they simply allow your system perform to a level you will not have experienced before due to its ability to remove noise.

Lots of customers (the ones who have never heard Entreq before mainly) are often sceptical before they hear a box in their system, but it’s fair to say that almost all of the customers who hear one are well and truly converted once they have spent some time with a ground box in their system.

On the run up to Christmas the Tellus II ground box was proving to be a popular addtion to peoples systems.

Here’s some feedback from one of the happy customers –

Well I’ve had the Tellus II / Everests in the system for six days now and am really impressed. A far broader and indeed larger soundstage with a far more detailed presentation overall. Much blacker background and warmth too. The combination really has benefited the speakers, definitely taken them to a far higher level of performance than ever before. It’s almost like I have new ones!

The Tellus II from Entreq has been around for about 18 months and it sits almost unassumingly within their large range of ground boxes. If truth be told the Tellus II is incredibly flexible and offers outstanding value for money when you actually look at what you get for the money. It replaced the original Tellus ground box when it was launched, but its design had changed compared to the original Tellus. It still retained the 3 ground posts of the original, but internally they had all been separated into their own chambers. Think of it as a baby Poseidon.

This method of isolating the connections from one another is great way of really improving what a ground box is capable of, yes, you can share connections of many things on a post and it works really well and still is an improvement over not having a ground box but when you separate them out it allows the ground box to be incredibly effective at doing its job.

Looking at the image below you can see the business end of the Tellus II, the 2 outside posts are Silver Minimus and if you look at the post in the centre you will see that it looks different, this post is a Silver Minimus and Atlantis Minimus integrated together in 1 chamber. The Atlantis Minimus is not a ground box in its own right, its job is to boost the capacity of whatever it is connected to and it does just that with brilliant effect.

The options of what you can do with a Tellus II are almost limitless and it really depends on your system, here are some examples of some of the ones their I’ve supplied/installed

As you can see the Tellus II is incredibly flexible in the role it can play in a system, the benefit it offers is generally not subtle (and can be quite surprising to many customers). The best part of the Tellus II is the price. The Silver Minimus are £480 each and an Atlantis Minimus is £750 so if you were to buy all of these individually the cost would be nearly £2200, the Tellus II is only £1380, this is acheived by putting everything in one wooden box as opposed to 4.

The Tellus II is available to buy now 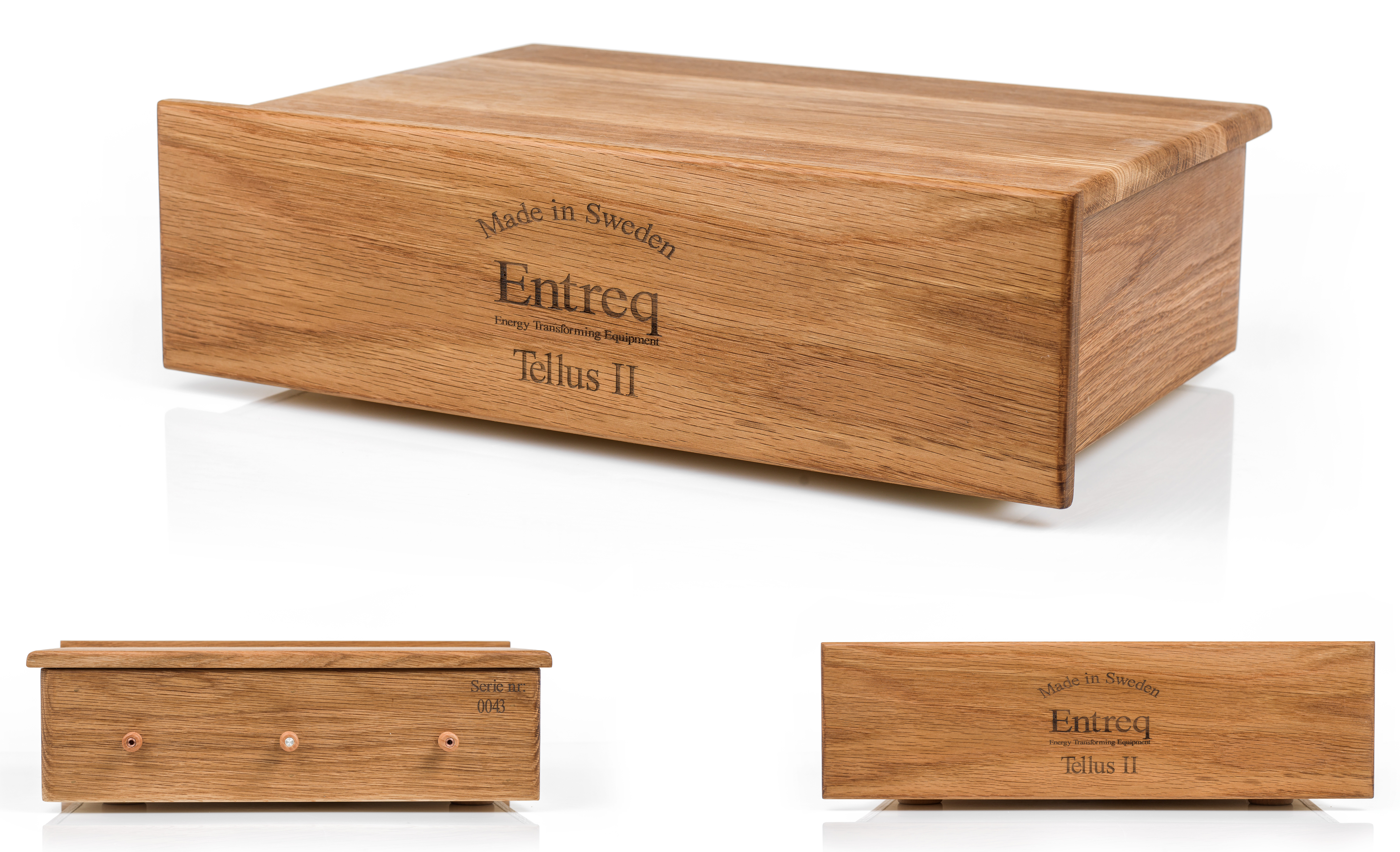 Entreq produce an extensive range of ground cables, at varying price and performance levels, Copper, Challenger and Apollo are the most popular ground cables, learn more about the ground cables and the differences between them on this page. Another really popular add on for all of the Entreq Ground Boxes is the Everest and K2 binding posts, these posts will be getting a detailed blog of their own over the coming days/weeks.