We’ve had the flagship Melco N1ZS/2 on permanent demonstration alongside the N1ZH/2 for 3 or 4 months now and over that time it has been extensively put through it’s paces, both in isolation and against the N1ZH/2 in both my reference demo system and a number of customer systems.

I’ve not yet done a demonstration where the customer hasn’t ended up buying a N1ZS/2, it’s safe to say that it is a truly world class source component.

The Melco N1ZH/2 has consistently been the most popular Melco in terms of numbers sold and for good reason. At £4750.00 it offers great value for money, performance is outstanding, you get plenty of storage (6TB across 2 drive) and as with all Melco models no computer is required to set them up so they are nice and simple to fly.

When you step up to the N1ZS/2 a common question what do get for the extra money, it’s a sizable jump up to £8750 for a machine that only has a single 2TB drive fitted to it, albeit a solid state one. Visually they are absolutely identical, as is the software that drives them.

Solid states drives always outperform their mechanical counterparts, they are electrically a lot quieter and this comes across when you listen to the N1ZS/2, the level of fine detail and nuances it can retrieve from recordings you know well is quite scary.

Everyone knows that solid state drives are more expensive, but why is the N1ZS/2 nearly double the money of the N1ZH? Melco do not use off the shelf IT SSD drives, like many brands use in their players/servers. The SSD drive Melco have selected for us in the N1ZS/2 is the best sounding drive available on the market today, these drives are manufactured in relative low volume hence the jump in price. 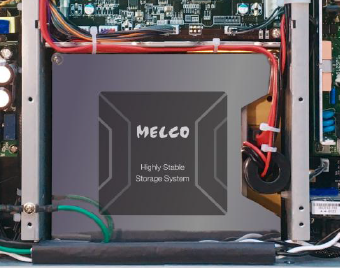 Melco have designed a custom mounting for the SSD drive with a non magnetic base plate and a shielded top cover to isolate the drive from the rest of the machine.

The drive is electrically isolation from the rest of the machine via a dedicated power supply, this uses hand selected audiophile grade film capacitors to ensure the single drive gets the very cleanest and most stable power possible.

The most recent demonstration comparing the N1ZH/2 and N1ZS/2 was a home demo just before Christmas for a customer who wanted to compare the 2 models in his system to see how they sounded against his current streamer (the flagship Sony HAP-Z1ES), the customer owned a Mark Levinson 585 amplifier (which has an integrated USB DAC) so the Melco can connect directly to the amplifier.

The Sony has analogue outputs (on both RCA and XLR) and can also be used directly into the Levinson via USB as well.

Comparing to the N1ZH/2 to the Sony (connected both ways) was interesting. The Sony in isolation sounded pretty good, if not a bit overblown in performance terms. As soon as the Melco started playing we didn’t even get to the vocals starting on the first track in our demo playlist (La Cienega Just Smiled by Ryan Adams from the brillant album Gold) and the customer had a huge smile on his face. There was so much more detail in the acoustic guitar and percussion in the opening 25 seconds. It sounded much more natural with a much bigger soundstage, both wider and deeper. After some extensive listening to the various tracks on the customers playlists he admitted his system was sounding better than ever had done.

He admitted he was doubtful he’d be able to hear any difference between the N1ZH/2 and the N1ZS/2.

With the flagship Melco installed into the system we imported the same playlist so it was ready to compare/contrast. We started again with Ryan Adams and exactly the same thing happened as last time, just on an even bigger scale. The lower noise of the N1ZS/2 was instantly audible as there was much more detail evident in the presentation with greater authority but the sound remained completely natural and organic and in no way fatiguing or aggressive. I find with the N1ZS/2 it’s the placement and accuracy of subtle detail in the soundstage that impresses the most. It sounds so precise and confident and paints a massive picture and you can really hear where everything is meant to be. It’s the type of sound you can listen to for hours on end and listener fatigue is something that simply doesn’t happen.

After a couple of hours of playing a selection of the customers favourite music he admitted that as good as the N1ZH/2 was there was really no going back from the N1ZS/2. A week later we installed his new N1ZS/2.

The customers CD collection was all ripped as uncompressed FLAC using dBPoweramp on his computer, probably the best computer based ripping solution currently available. I left my demo Melco D100 CD Ripper with the customer and asked him to rip some of his favourite albums to compare with his existing rips.

The only way to see what the D100 is capable of is to play with one, so we set it up and I simply advised the customer to leave it alone for a few days until he became used to the change of having the Melco itself in the system, then start ripping a few CD’s.  A couple of weeks later I called the customer to see how he was getting on with the N1ZS/2 and the D100. Customer was delighted on both fronts, he was finding the Melco really easy to operate and control and was astounded at the impact it had on overall system performance. As for the D100 the customer was pleasantly surprised at what it was doing with his CD rips, he admitted was he very sceptical initially, but has since ordered one to rip his 2000+ CD collection.

So, there you have it. We have both the N1ZH/2 and N1ZS/2 here on demonstration and both are available for home demonstration so you can find out for yourself, in the comfort of your own system how good the 2 models really are, we also have the D100 CD ripper and the E100 Expansion drive here as well.

As an authorised Melco Master Dealer we are very well versed in all things Melco and digital, be it ripping, tagging, networks, streaming, Twonky, Minimserver, SongKong, High-Res and much more besides! If you have any questions please do not hesitate to get in touch! 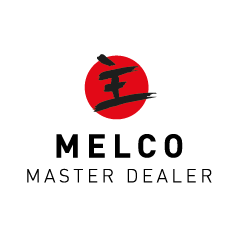