Get plugged in with Tellurium Q

We’ve had the new Tellurium Q Silver Power Cable on demonstration for just over a month now and I’ve spent quite a bit of time with it on variety of different things to see exactly what it offers in performance terms.

Tellurium Q produce 5 power cables – Ultra Blue, Black, Silver, Ultra Silver and Silver Diamond. The Silver and the Silver Diamond are new additions to the existing range. The Silver is priced at £1200 1.5m length and uses the gold version of the brilliant Furutech FI-UK 1363 Mains Plug. 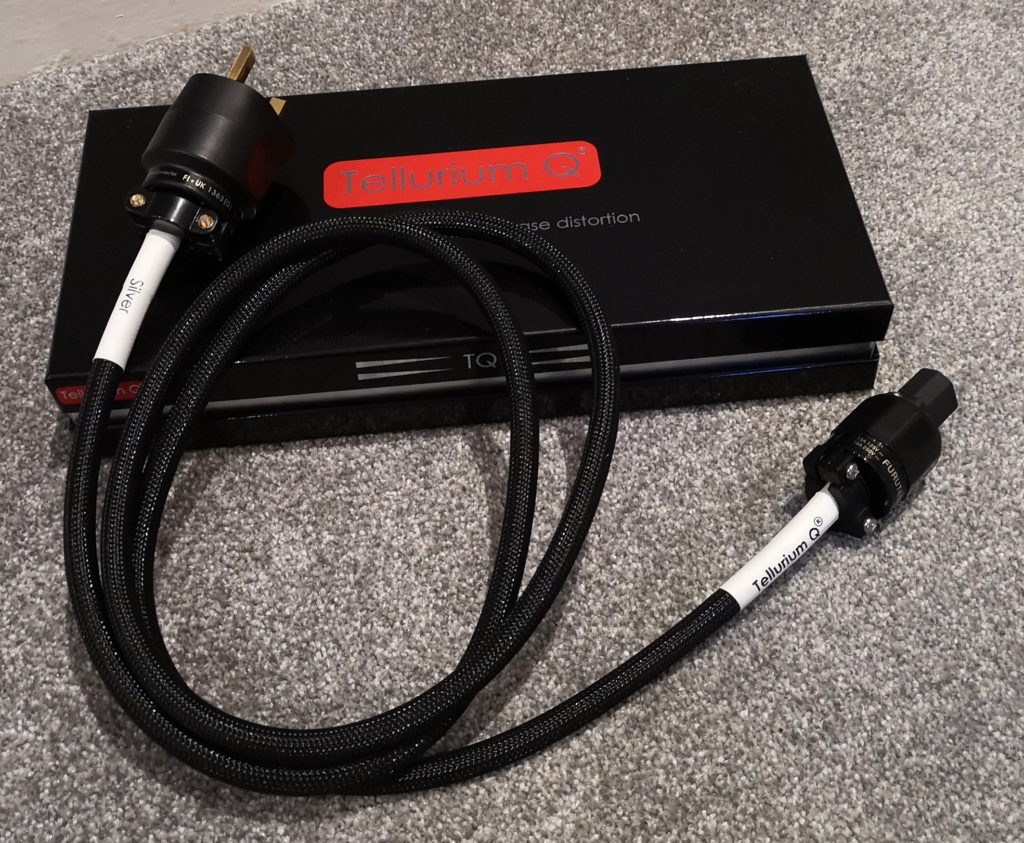 The Silver sits right in the middle of the range and for me it is definitely hitting that sweet spot where the ratio of price vs performance is really good. Put simply, to better this in a good system you need to spend a lot more money!

I tried the Silver Power Cable in 5 items which were the Vitus RI-101, Vitus RD-101, Melco N1ZS/2, Melco N1ZH/2 and an Arcam AVR850 Home Cinema Amplifier. From the very first moment I connected this up (I started on the Melco N1ZS/2) there was an obvious step up in detail retrieval. Nothing harsh or aggressive and there’s certainly nothing artificial being injected into the presentation either, but it’s really articulate and incisive with really accurate tone and texture.

Even though this was a brand new cable it certainly didn’t sound like one, many cables can sound dreadful for the first 100 or so hours of use, but this sounded great and to be fair, continued to do so with plenty of use. 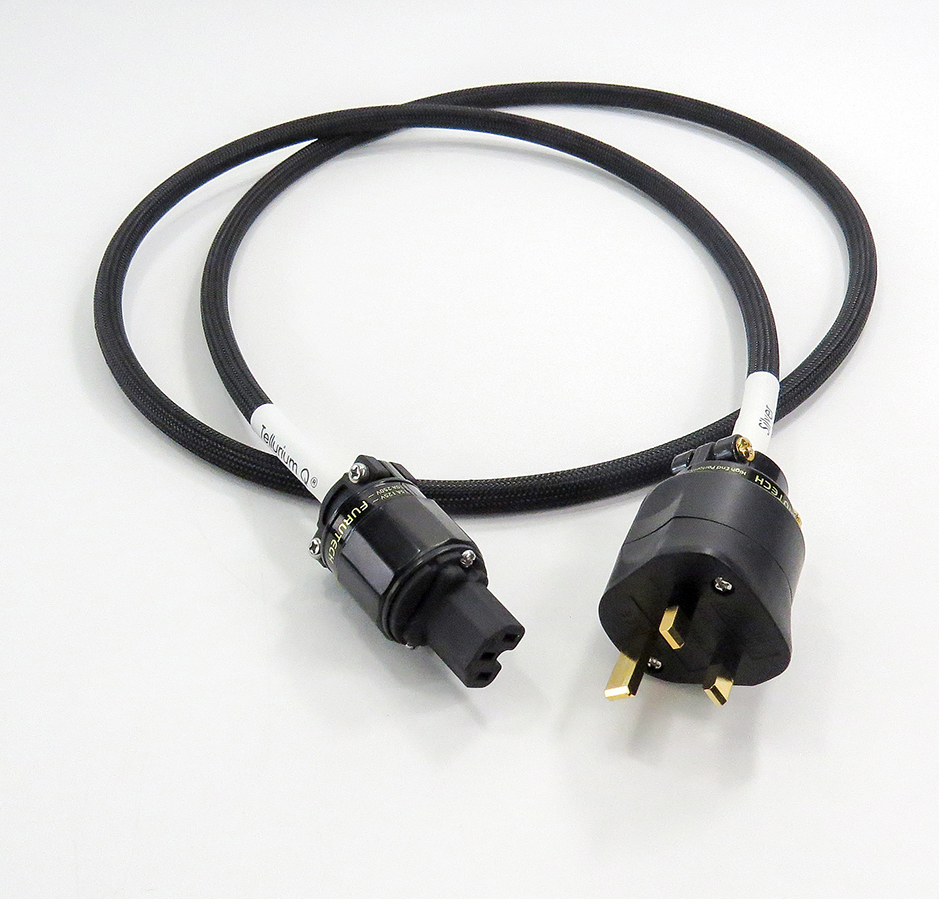 I proceeded to forget about the cable the best I could for the next week and just listened to music as and when the opportunity presented itself (which is less and less these days!) and I’ve got to say I pretty much forgot about it and just enjoyed listening to the music. I’ve very wide range of music in my collection and of late I’ve been exploring stuff I’ve not spent enough time getting into like Sons of Kemet, Fink, Erik Truffaz, Lambchop, Lyle Lovett among others.

So, after a few days I removed the power cable and as soon as I went back to music I’d been listening too previously the change was pretty immediate. The system still sounded great, but all of the sudden that extra detail and insight into the music I’d been enjoying had slipped away. It didn’t make the system sound broken, but there was no question I missed what the Silver was doing.

I spent the next few weeks simply moving the Silver power cable around the system when I had some free time to try and get a handle on what it was doing.

No matter what I connected to this cable the results were the same, lots of transparency with subtle little nuances getting picked out of albums I know really well. When I first got this cable I mentioned it on Facebook that I thought it sounded a bit like a hybrid cable in the sense it has taken the smoothness and richness of the Black power cable and the upfront dynamism of the Ultra Silver power cable and I still stand by that, it’s a brilliant all round power cable.

I speak to lots of people about cables and often when the word Silver comes up many people make the assumption it must sound really bright and lively, this is wonderfully natural and mentioned above it’s never harsh, aggressive or artificial in the way it presents the music.

Moving the cable to the Arcam AVR850 was brilliant as well, just more of the same when all is said and done. It seemed to make dialogue  more intelligible and the overall presentation cleaner and tighter, especially if there’s a lot going in a noisy action movie and that’s with the Dirac room correction turned on and fully eq’d and optmised with custom curves on all the channels. 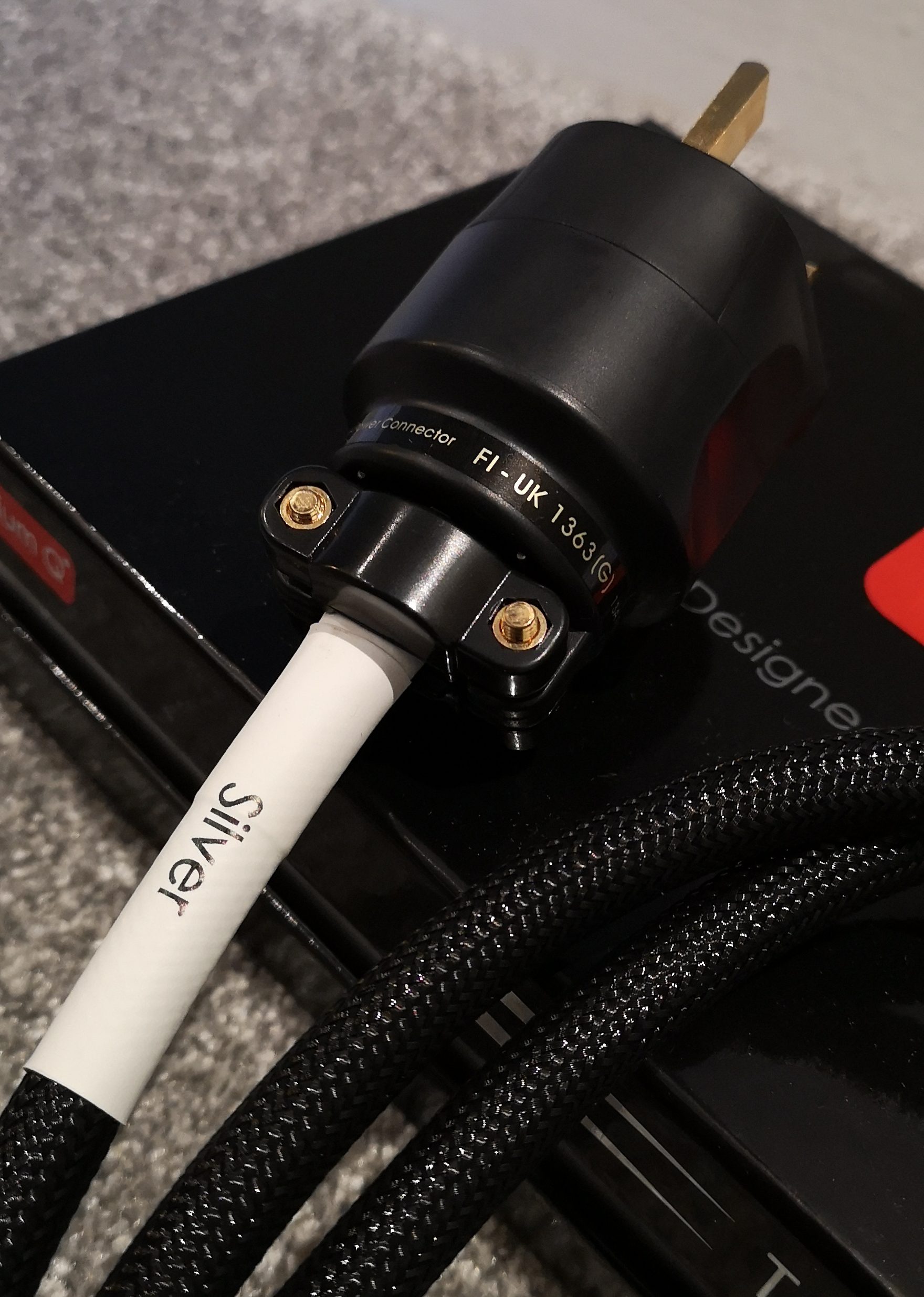 Many people simply don’t believe power cables can make a difference given the long journey electricity has to go on, how can the last 1.5m of cable make a difference…..I’ve heard all of the arguments countless times and on the face of it I’d even agree with some of them, but ultimately trust your ear, get a friend to demo it to you blind if need be!

If you have a good system to begin with the addition of the Silver Power Cable should only increase performance enabling you to get more from your music. Depending on the tonal balance of your system and the sound you like the Black power cable could be a better option. There’s no right or wrong solution!

There’s no really limit on what you could use this power cable on in reality, it worked brilliantly well on amplification, a DAC, 2 music servers and a home cinema amplifier. So regardless of whether you have a full stack of Vitus, a Devialet, Naim (be it separates or a Uniti product) the Tellurium Q Silver Power Cable could be a brilliant addition to help unlock more performance from your system.

Priced at £1200.00 the Tellurium Q Silver Power Cable is available to buy now. We also have demonstration stock if someone would like to hear one in their system, please get in touch if you have any questions. Thanks for reading.