Skip to content
Home/New products, News, Stillpoints/Get on point with the new Ultra 2 from Stillpoints!

Get on point with the new Ultra 2 from Stillpoints!

The Ultra 2 is the most recent addition to the Stillpoint range, it was premiered at the Munich High End Show 2019 and our demo stock arrived in late July. Since then I’ve been slowing putting them through their paces vs the popular Ultra SS and Ultra 5.

At first glance the Ultra 2 looks a bit like an Ultra SS, it is the same diameter, but it’s quite a bit taller. It doesn’t have the top hat for adjustment like the SS, but it has a single exposed technology pocket on the top, just like those you see on the top of the Ultra 6. The Ultra 2 comes with an Ultra Base for adjustment and added stability.

For those not familiar with the Stillpoint range the Ultra SS and Ultra 5 can be used under both electronics and loudspeakers and the Ultra Mini, Ultra 2 and Ultra 6 are for use under electronics only. 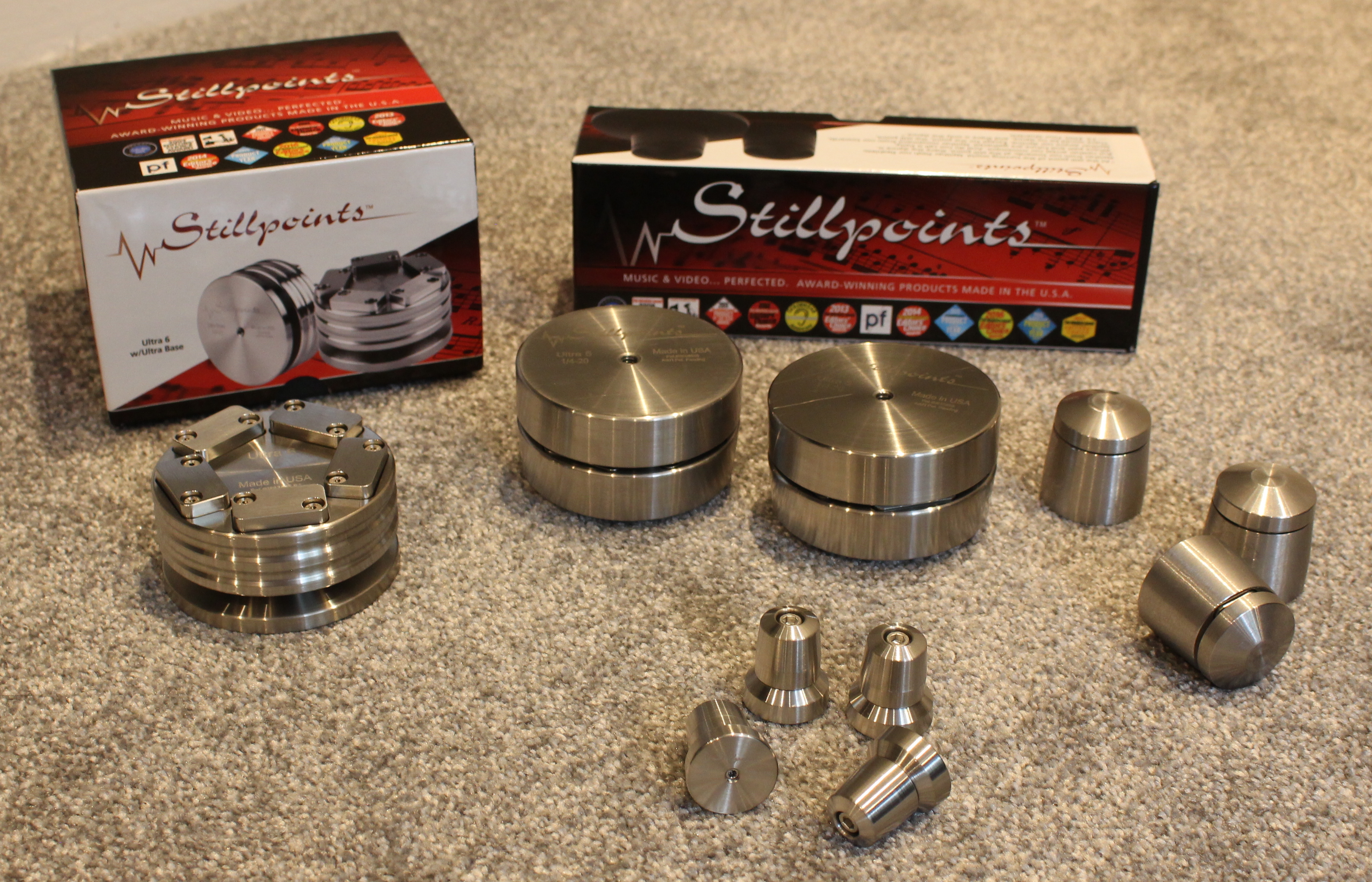 The remit of Stillpoints is quite simple, mechanical isolation which lowers the noise floor, by doing this you increase transparency, dynamic range and resolution and gain clarity, articulation and musical insight. They ultimately act as a destination for all of the unwanted energy that rattles around in the case of every item in your system from things such as rattling mains transformers, capacitors and other components that are in the signal path, those soft rubber feet on most hifi equipment only serves to trap this unwanted energy inside the chassis which is not good.

By removing this unwanted mechanical energy Stillpoints can simply make your system more engaging and involving to listen to.

In most systems the benefit they offer is pretty obvious although I must stress it’s very important for a system to be in the ‘right place’ in terms of set up and signal/power cabling. Stillpoints highlight everything that is good about your system and show it off to its full potential, but they can also highlight the less than good parts as well. When a customer is on a journey to improve his system with me and it is done over a period of time the Stillpoints quite often get left until the end, the rewards they bring to the table are always bigger this way. To get the best out of any system there is an order and hierarchy to get the best out of the system each step of the way, this is where using an experienced dealer has its benefits!

An interesting example of this is a customer who just last year was interested in trying Stillpoints to float his whole system, the customer really liked what it did initially, but very quickly found the system presentation of his system has become lively and forward with excessive detail. This wasn’t a direct result of the Stillpoints themselves, but the fact the Stillpoints was letting his system really show what it was capable of. Cue some cable changes to make the overall presentation more natural and engaging and when we re-visited Stillpoints a little earlier this year his system took a huge leap forward and they stayed in place. 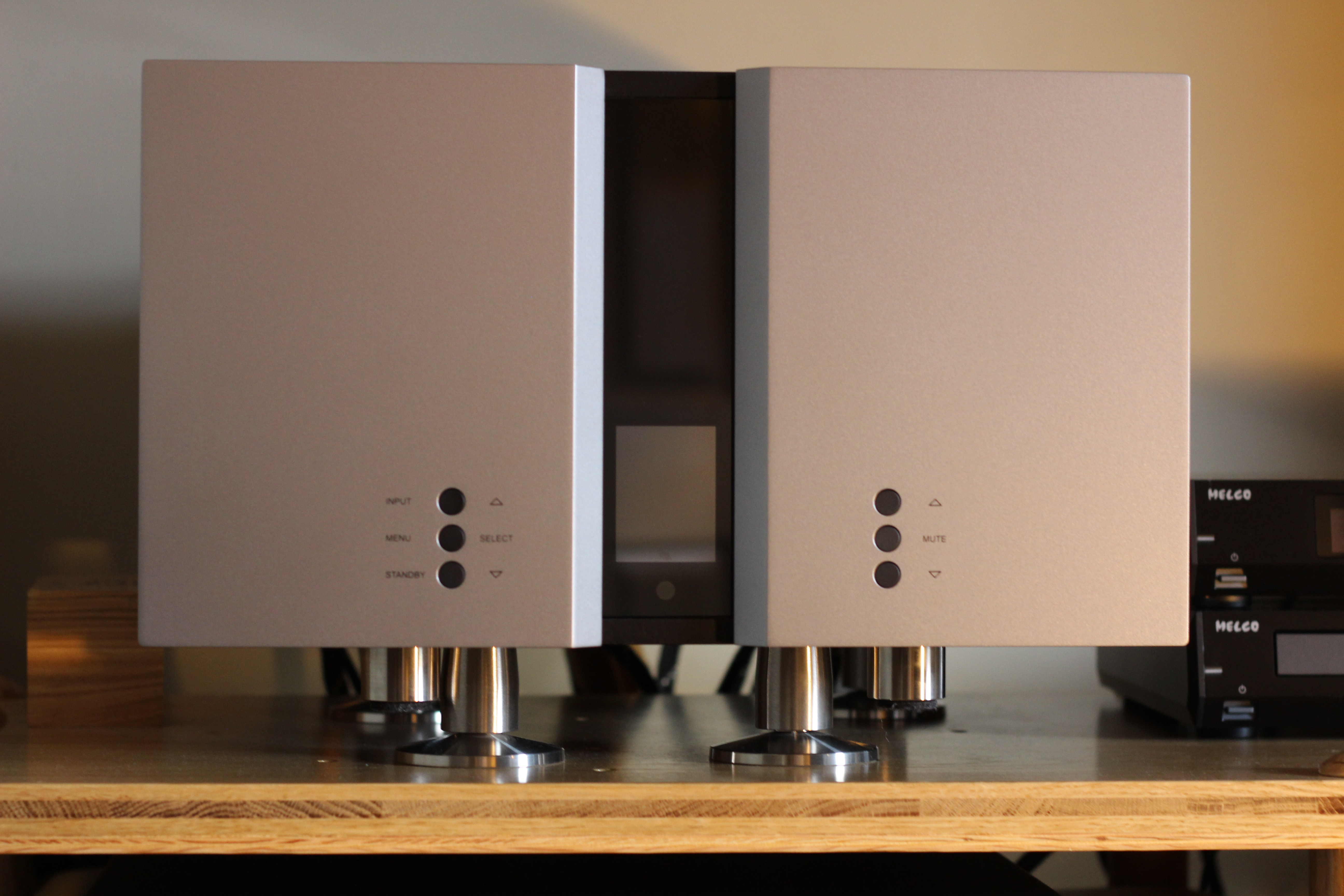 For the purposes of testing the Ultra 2 I used the Vitus RI-101 and SIA-030 integrated amplifiers, the Vitus RD-101 DAC, the Melco N1ZH/2 and Melco N1ZS/2, speakers used were, Serbian & Swift Mu2, Avalon Ideas and Vimberg Mino’s. The whole system is already fully floated using a combination of Ultra SS, Ultra 5 and Ultra 6. Cables were a mixture of Entreq and Tellurium Q with grounding from Entreq as well. Regardless of what combination of components/cables are used my demo system always performs to a very high standard and is incredibly revealing/transparent and is effortlessly musical and engaging.

Comparing Ultra 2 vs Ultra SS right across the system the improvement with the Ultra 2 was obvious within seconds of playback starting every time, the soundstage became darker, much deeper and voices instantly had more space around them and were clearly distinguishable from the instruments that were around them, the music had greater flow, space and the rhythm and tempo just felt more alive and real. Going back to the Ultra SS you instantly lost that sense of an intimate connection to the music. Obviously everything is relative and it still sounded great, but the Ultra 2 were definitely ‘doing their thing’ and I didn’t want to lose what they were doing.

This was initially a bit perplexing as the Ultra 5 are £610 each and the Ultra 2 are only £370 each, but the reasoning behind this performance jump goes back to what I learned from spending one afternoon with Stillpoints guys in Munich – The Ultra 2 may only possess 1 technology pocket on the top of it, whereas the Ultra 5 has 5 of them, but with the Ultra 2 it is fully exposed, so the underside of your component is touching the pocket directly. On an Ultra 5 these technology pockets are contained within the Stillpoint itself, i.e. you cannot see them and they are not making direrct contact.

It’s best to think of the Ultra 2 as a mini Ultra 6 as opposed to a bigger brother to the Ultra SS. 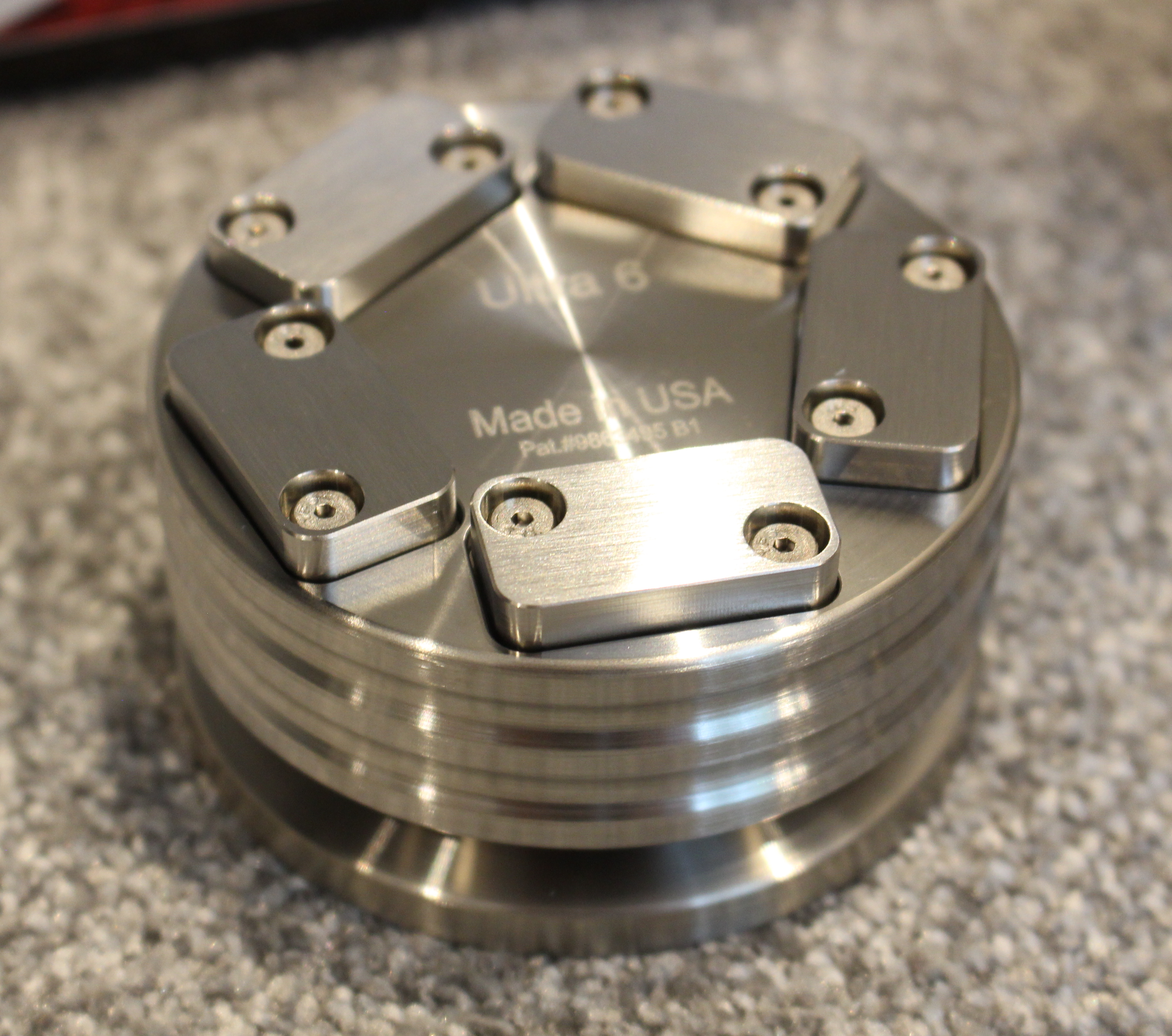 The flagship Ultra 6 still keeps its place at the top of the Stillpoint hierarchy. Comparing the Ultra 2 and Ultra 6 on the RI-101, SIA-030 and Melco N1ZS/2 alway resulted in the Ultra 6 giving more, they just make everything more cohesive and real – I don’t recall demonstrating Ultra 6 to someone who did not subsequently buy some.

Stillpoints make for a tremendous upgrade when done at the right time, if you introduce them at the wrong time they can highlight the weaker parts of your system, but when the infrastructure is right and a system is well balanced Stillpoints can really take away the ‘hi-fi’ leaving you totally immersed in just the music, when it’s the right the impact they can make is not subtle.

We keep all Stillpoints available for home demonstration including the new Ultra 2 so if you would like try some in your own system please drop me an email or give me a call for a chat. Part exchange from existing Stillpoints owners is welcome as is part exchange of other isolation devices.