For the past 2 and half years Melco have been our go to brand of digital servers/streamers. They make an extensive range of models ranging from £1800 to the flagship SSD model at £8750 with 3 models in between, with a CD Ripper and Expansion Drive available as well.

This keeps things nice and simple for customers as well, upgrade from an N1A/2 to an N1ZH/2, for example, (the most popular upgrade here at Audio Therapy) and there is no change at all in terms of operation or how you connect the Melco to your system.

The whole Melco range can be used in one of two ways in terms of integrating it into a hi-fi system.

If you have a Network Audio Player (like a Linn, Naim, Lumin or suchlike) you can use the Melco as a storage device so it serves files to the network player, in effect replacing your IT NAS drive with something which will perform to a much higher standard. All Melco models have a 2nd Ethernet socket, called the Player Port. This port is to connect your Network Player to, instead of connecting it directly to your router/switch. The provides isolation to your player from noise on your network and it offers a further improvement in sound quality.

The other way a Melco can used is by simply connecting it to a USB-DAC. When using a Melco this way you play music via Melco’s own iPad App or via a third party app such as Linn Kazoo, Lumin, Bubble UPnP or Hi-Fi Cast (there are plenty of great suitable apps out there). When connected to a DAC you can also sign in to Tidal and/or Qobuz and stream music through the Melco as well which is obviously useful!

Both options are incredibly popular, although the majority of my customers use USB-DAC’s over Network Players.

If you still own physical CDs you can easily rip them directly the Melco using an external USB-CD drive and get brilliant results, you can choose to rip in either uncompressed FLAC or WAV. You obviously can add a Melco D100 as well, which offers a significant improvement in performance over and above any IT style CD drive you can connect. Melco really went to town when designing the D100, to ensure it would read CDs slowly and accurately and in a good system the results really show. No one believes that obviously, as I mentioned in a recent blog post every single customer who has borrowed a D100 from me did so with a hint of initial sceptism about its abilities, but literally every customer has subsequently bought one! 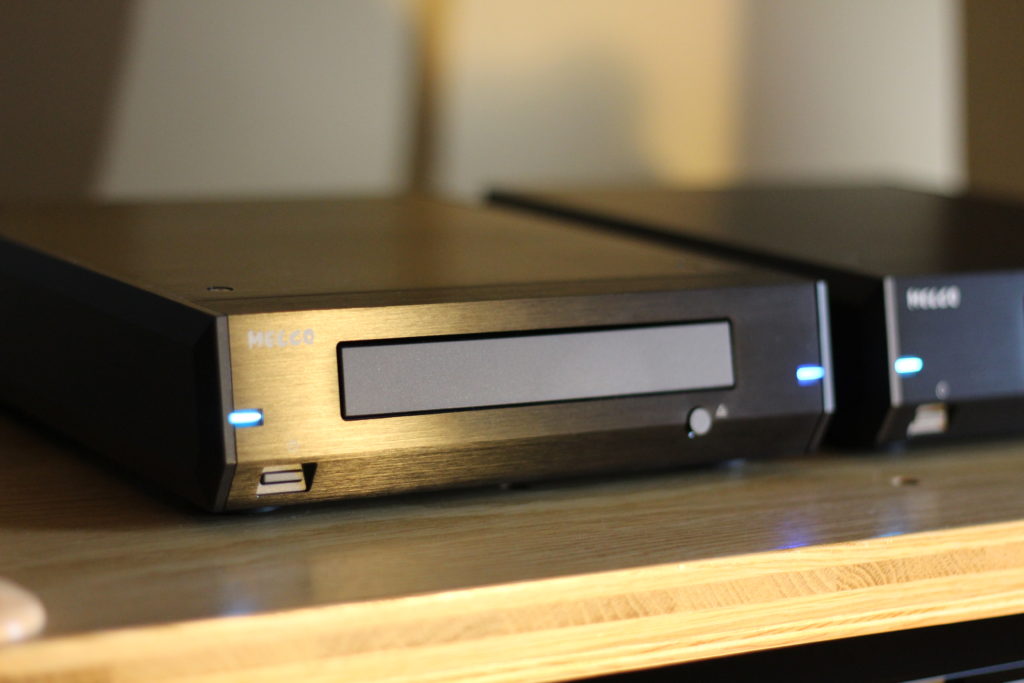 If you have a CD drive (D100 or otherwise) connected to a Melco (which in turn is connected to a USB-DAC) you can also use it to actually play CDs, as well, if the need arises.

Importing your existing digital library onto a Melco is easy enough as well, simply insert a USB stick or drive into a spare socket and follow the prompts. You can also import over the network via a computer from an existing network share.

One great feature all Melco models have is the direct download feature for the German website Highresaudio. Create an account for free and enter your account details into your Melco. Any purchases you make will automatically download onto the Melco, no messing about with computer downloads then moving files around to get them to play. Highresaudio only have fully authenticated HD music as well, there are no ‘fake’ Hi-Res albums on the site at all.

In terms of displaying your music library in whatever app you use the Melco comes with a customised version of Twonky Media Server installed on it, it works really well, but installing Minimserver as an alternative server is fast becoming the best (and most popular option). Minimserver is endlessly customisable and you can really tailor the way it presents your music library via whatever app you choose to use. For most people the default Minimserver settings are perfect, but if you are heavily into classical or jazz you can really fine tune how it works and how it displays your music.

The image below is a custom tag, allowing you to search music via Record Label, so if you are a Blue Note, Verve or Bella Union fan you can easily see everything you own in one place from any label you like. You need SongKong to populate the ‘label’ tag so there is a little bit of time involved, but in a big library it makes navigating your library so quick and easy. 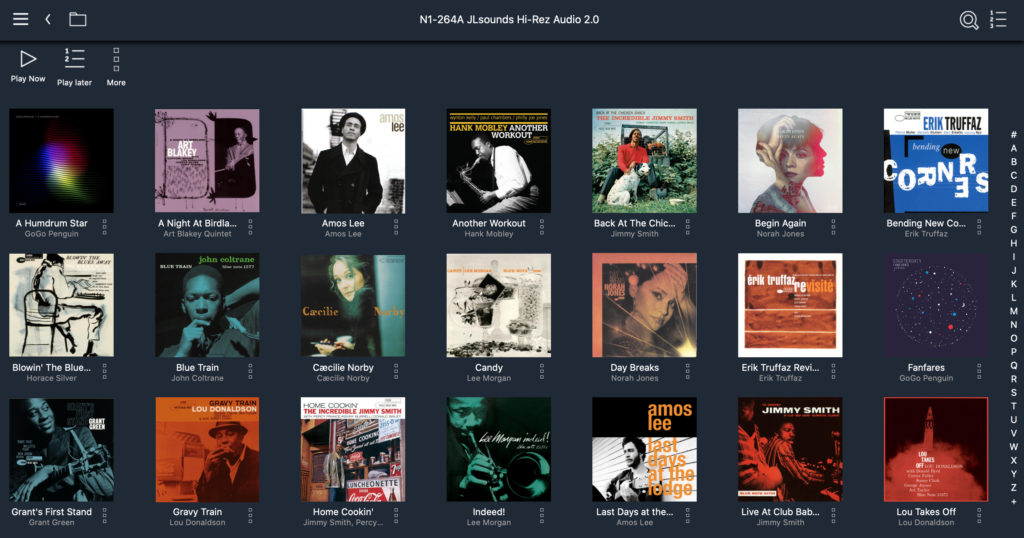 You also have the option with SongKong to correct missing or incorrect metadata, this can be installed on the Melco or simply on a computer on the same network. It’s a great program and when you get to grips with how it works it is incredibly powerful, especially when used in tandem with Minim.

The Melco Intelligent Music Library update which is coming very soon will integrate these features into the Melco out of the box for new users and via an update for existing users (details TBC soon!) along with Roon Endpoint and Internet Radio as well, more on this to follow soon enough!

Which Melco is right for you and system really depends on your budget, how much storage you require and of course, your system itself. There are demonstrable benefits at every step of the Melco range, the more revealing and resolving a system is the bigger the differences are as well. As an approved Melco Master Dealer we have all aspects of Melco covered, from the differences between the machines, networking, streaming, metadata and more!

Get in touch to find out more!

We’re at the Ascot Hi-Fi Show this coming weekend (26th/27th October) where the Melco Intelligent Music Library will be launched, in addition we should hopefully see the new Melco S100 Data Switch as well.

The S100 has been designed for those who use Ethernet to move audio around their system so for those customers who use Tidal, Qobuz, Roon and most importantly the Melco PLAYER port etc. Even if you don’t have a Melco player an S100 could be a huge benefit in a noisy network environment. The S100 has 8 sockets, 4 of which are intentionally limited to 100Mbps and are designed for audio components, the other 4 are gigabit, there are also 2 fibre optic SFP sockets as well. You have the ability to turn the LED lights off and the mainboard has been purpose built with audio in mind and a proper capacitor bank. Build quality is at the same level as the Melco N10, the S100 will be priced at £1999.00 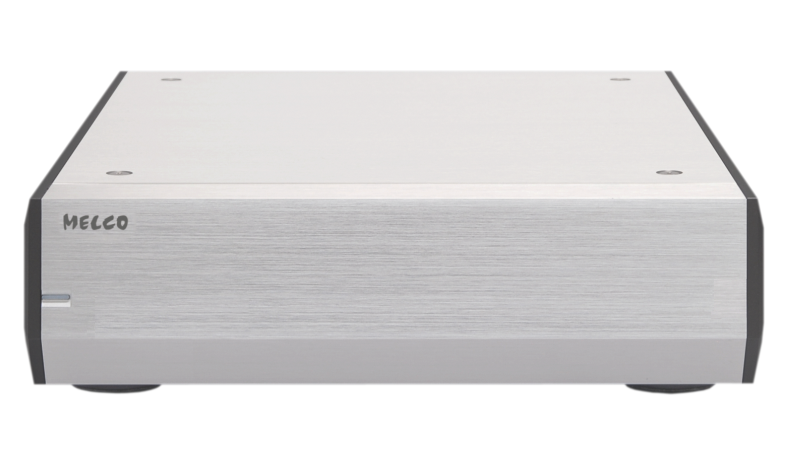 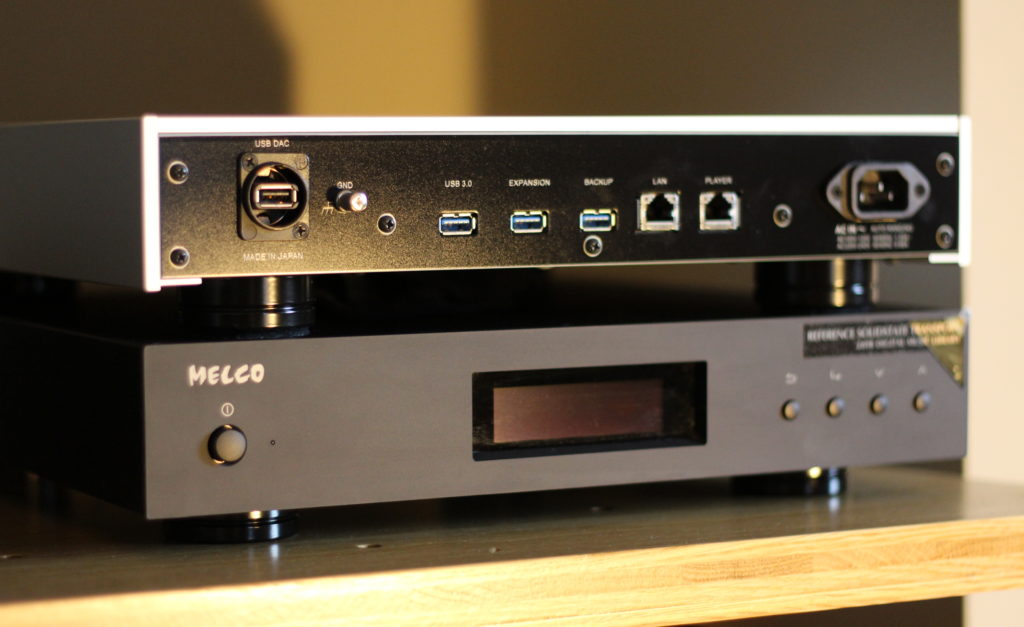