Primed for Power with Entreq!

The Entreq Primer Pro range of interconnects, speaker cables and power cables has been around for almost a couple of years now and has served as a brilliant introduction into the world of Entreq for many customers. It has proved to be remarkably successful here at Audio Therapy and the other Entreq dealers, people who take the time to listen to it seem to really like what it offers.

If you value a natural and unforced musical presentation that really engages you will probably like what Primer Pro has to offer, as I have mentioned before on previous Entreq posts if you are a detail retrieval fiend they probably aren’t for you to be fair, but if you are looking for tonal accuracy and a well balanced, even handed presentation they could be the perfect choice for your system.

All of the interconnects (Analogue RCA/XLR, USB and Ethernet) and speaker cables come supplied with hardwired ground cables and a Primer Ground Box so you get everything you need in one box. In typical Entreq fashion they can take a little while to reach optimum performance, which people often question, but in a transparent system you can literally hear the music improve after just a few songs. 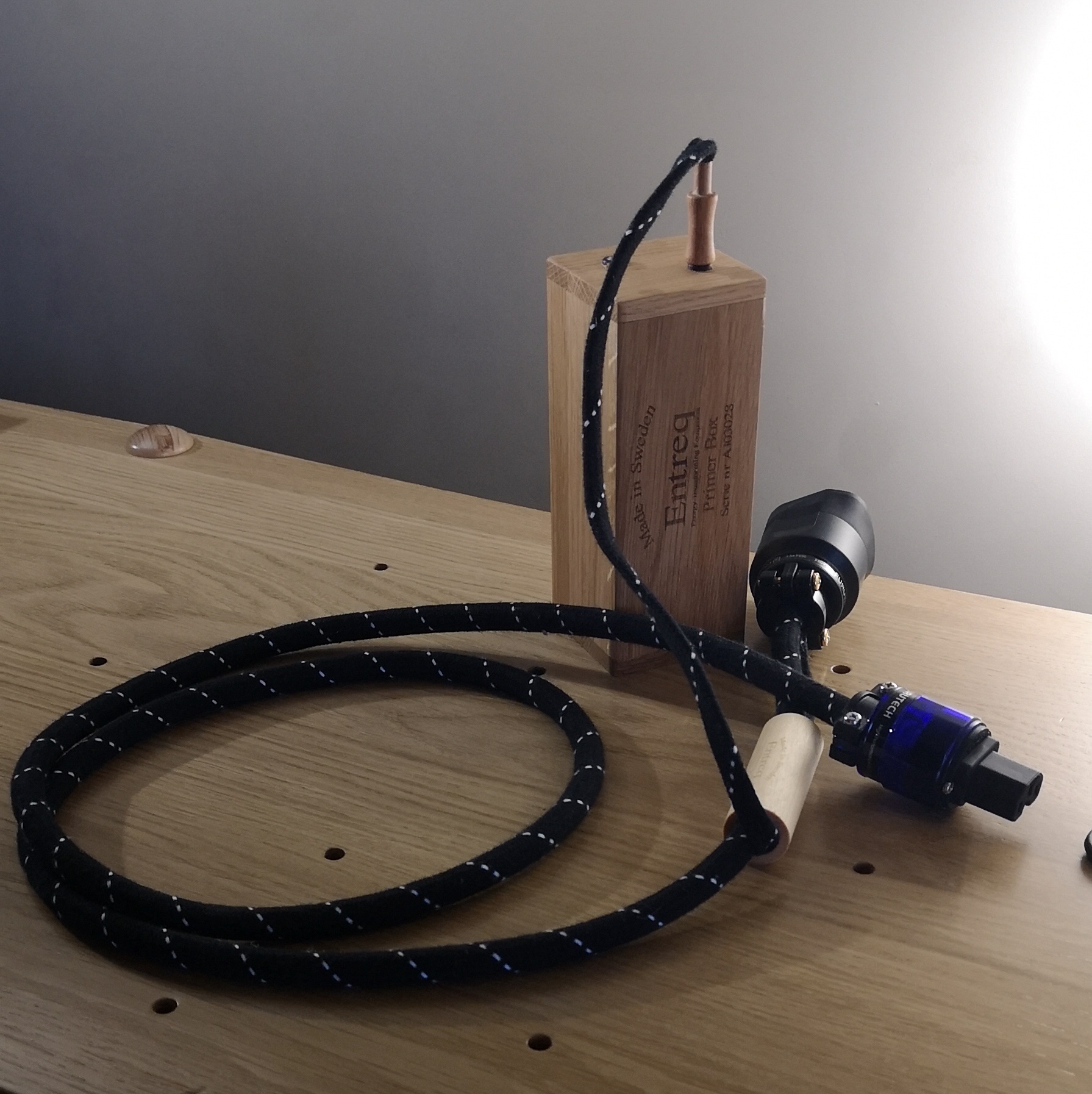 The original Primer Pro Power Cable was £450 and was in essence a conventional power cable, there was no ground cable or primer box included, it worked well, dovetailing in nicely with the other Primer Pro items. But in typical Entreq fashion they are always working on new solutions and striving to improve performance and in October 2019 they decided to make some revisions to this cable – they have added a hard-wired ground cable and they now include a Primer Ground Box – as with the signal cables this basically serves as a path to dump unwanted noise and pollutants that are present and lower the noise floor.

Mains is notoriously noisy and no matter what your system is it all starts with mains power, get this right and you will be hugely rewarded with the way your system can perform, this is something many people underestimate the importance of when they are putting a system together. 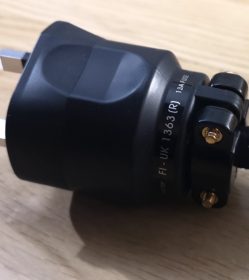 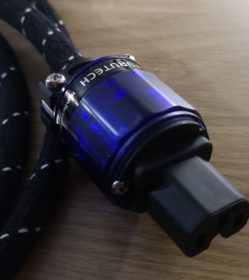 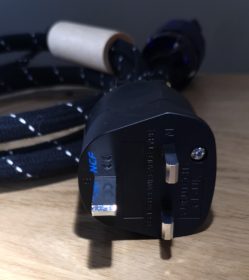 I ordered myself a couple of new power cables so I could see what the changes would bring to performance and the jump in performance isn’t subtle. I have used this cable on a variety of different items over the past couple of weeks, including the Melco N1ZS/2, N1ZH/2, N1A/2, Exogal Comet Plus DAC, Exogal Ion Power Amplifier, Vitus RD-101 DAC and a RI-101 Amplifier.

As with everything Entreq the Primer Pro Power Cables focus on being natural, they are never aggressive, artificial or fatiguing in presentation but have a wonderful sense of refinement about them. The ability of the Primer Box to lower the noise floor simply allows the system to really open up, unlocking new layers of detail and texture that were previously being masked.

I will never unleash any new product on a customer until I have thoroughly put it through its paces to see what it does and how it performs and interacts with other tingsh, so after a couple of weeks of quietly listening when I had the time (less and less these days!) I started to show this cable to a number of different customers, all with using different products, everything from Melco (all 3 N1 models), a Vitus RI-100, RI-101, a couple of Naim items as well as feeding into power conditioners from Musicworks and Nordost and everyone had the same reaction as I did when I first listened….I’ve subsequently taken in part exchanged power cables from Supra, Naim, Russ Andrews, The Chord Company, Nordost and Van Den Hul as a result of this initial handful of home demonstrations.

The Primer Pro is brilliant power cable and one which can genuinely unlock and extract more performance from whatever you use it on, everyone who has heard this so far has been delighted with the resultant performance jump they have had in their system! 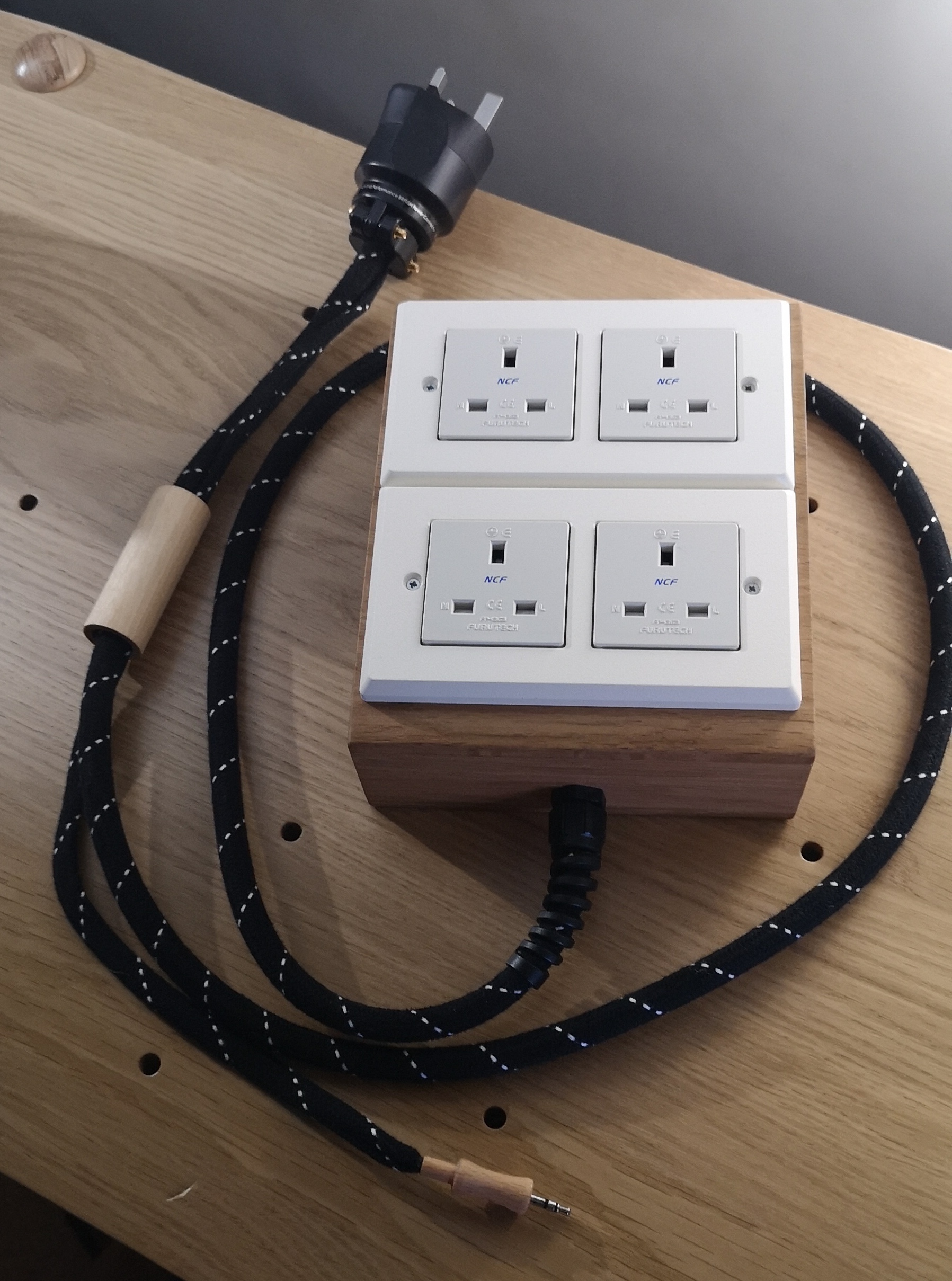 This thinking behind not including a box with it is simple, as you can see in the image below the Primer Ground Box has 2 sockets on it and in reality most customers who would purchase a Primer Pro Power Bar are fairly likely to also purchase at least one Primer Pro Power Cable as well, so you would simply connect the ground wire from both the Power Cable and Power Bar into the one box, this obviously helps to keep both the cost and clutter down, which is good. You could start with just a power cable then add the block as a future upgrade and you are all set. 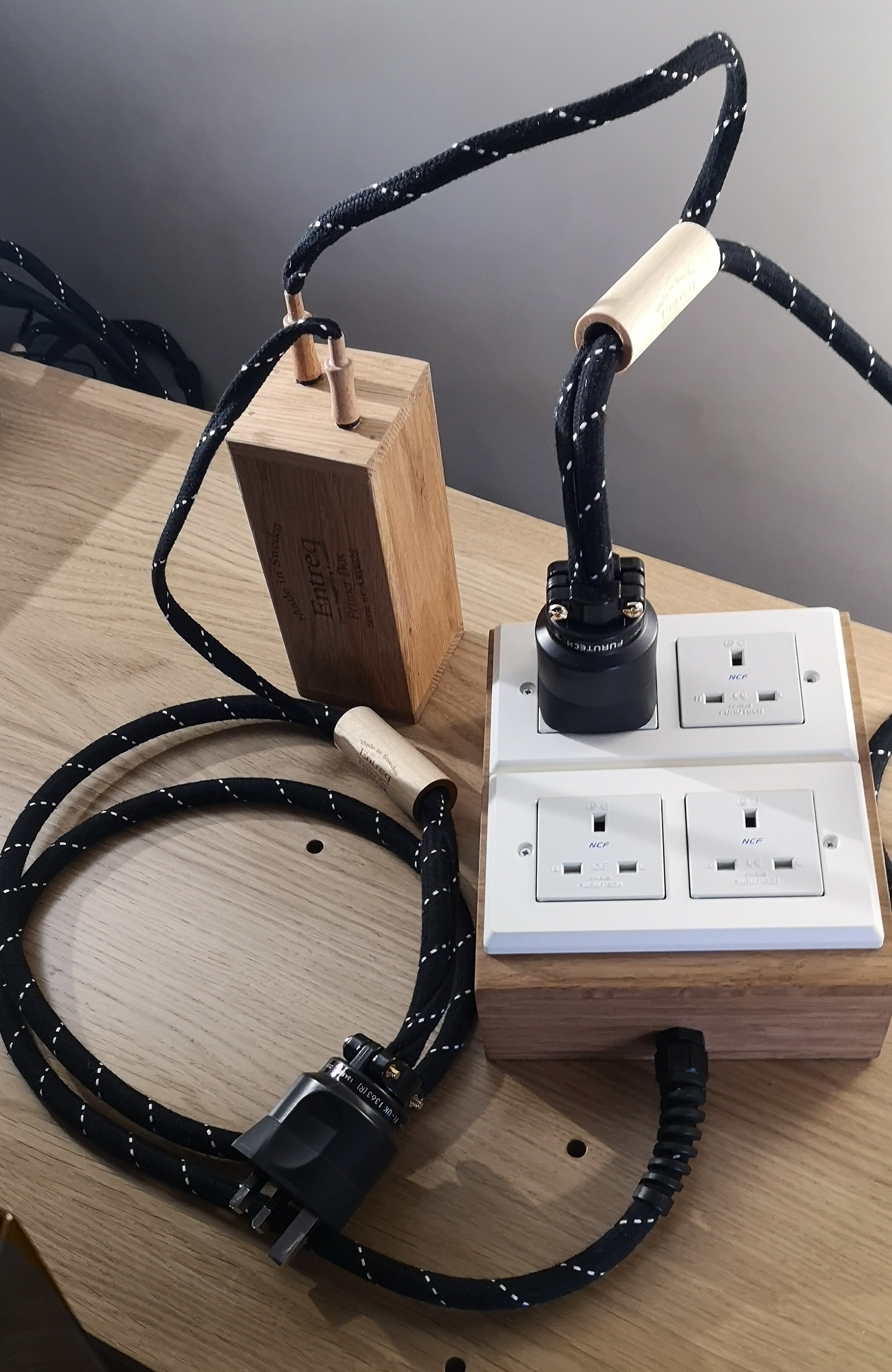 Just like the Power Cable the Power Bar offers great value for money, when connected up to the Primer Box it simply gives you more of all the good things the Power Cable does on its own, low noise with incredible detail, resolution and an almost palpable sound-stage.

Don’t underestimate the role mains power plays in allowing you to get the very best from your system. I’ve done a couple of home visits recently where there has been 2 or 3 different brand of power cable in one system and sonically they all do something a little different to one another and the resultant sound gets pulled in different directions at once and the system can sound contrived or unrealistic as a result. Swap them out for 2 or 3 of these, let the noise floor drop and the very same systems are playing with confidence, subtlety, refinement and above all else they just wonderfully engaging!

I’ve customers enjoying their music more than ever with the addition of sometimes just one of these power cables in a system. We keep both items on demonstration and in stock so if you want to find out for yourself you’d be more than welcome!