Entreq produce 5 different RJ45 cables, starting at the entry level Primer Pro (£390) and going all the way up to the mighty Olympus Infinity (£2100), the new Apollo Infinity is £1200 and is the cable immediately below the flagship Olympus.

This a 1.1m cable and comes included with a 0.55m drain wire to connect to a ground box of your choice – the Silver Minimus Infinity (£600) is the starting point for a cable at this level in reality, an Olympus Ten (£1100) obviously increases the cost but the performance takes a big leap up as well. The ground box is not included with the cable! Pictured with an Olympus Ten and an Everest 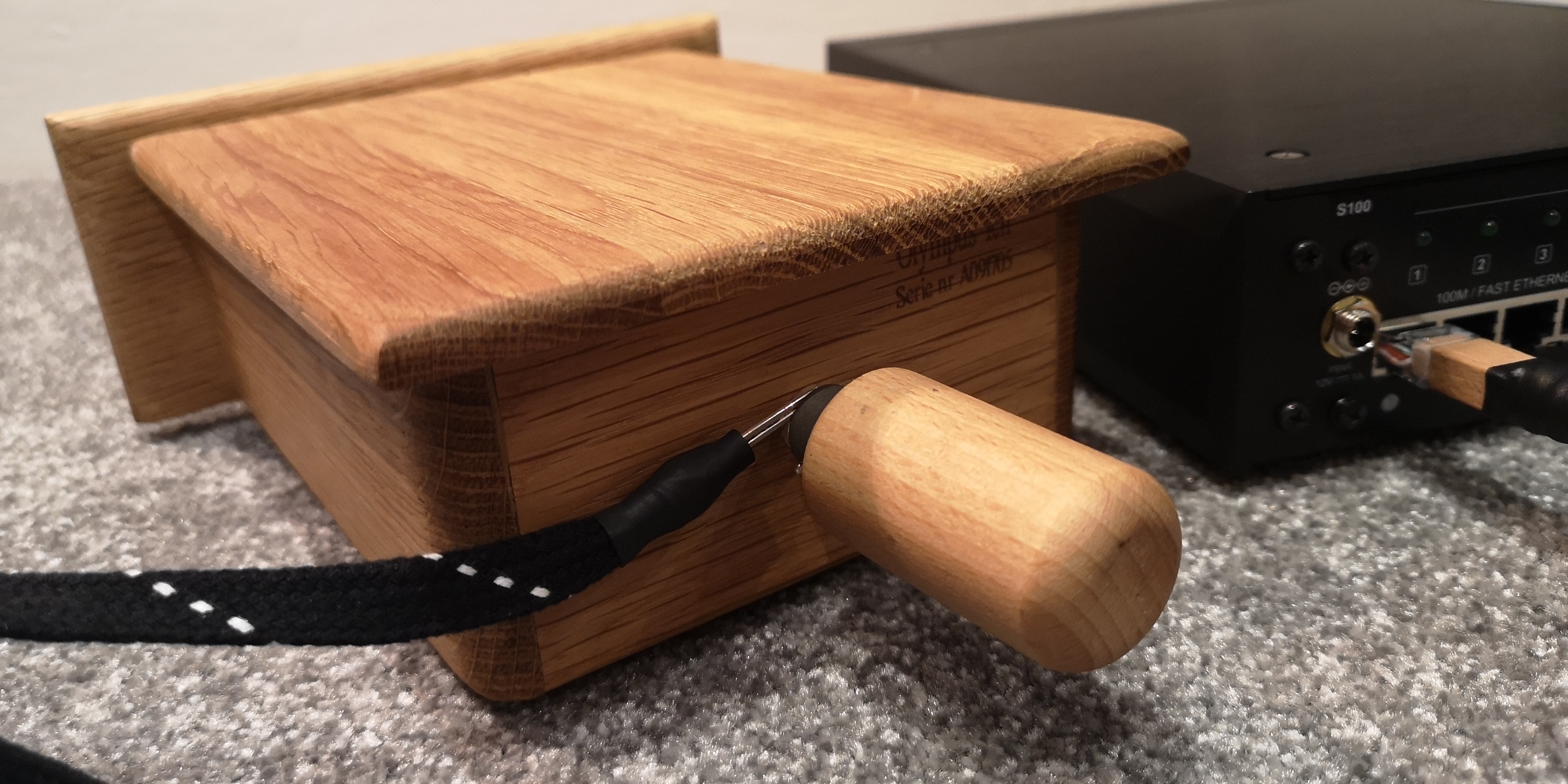 In typical Entreq fashion all of the electrical noise and pollutants that are present within the signal (and there lots in a noisy network environment) are drained away to the box, this simply has the effect of lowering the noise floor and at the same time lifting a veil on the music, you get more detail, more transparency and much more engagement, but everything remains wonderfully natural and refined, it’s what Entreq really excel at.

I’ve had a number of customers who have bought Entreq RJ45 cables from the lower price points and just about everyone who has heard one has bought one and I expect this to be no different, it really does pull ahead from the pack as you would hope/expect given the price of admission.

Examples of use to date have included –

Melco to network (when connected to USB DAC for Tidal/Qobuz)

This new Apollo is a significant step up in performance over everything else they’ve ever done under it in the range, it’s a brilliant addition and if you have a top flight system which uses Ethernet to send audio it is really is a brilliant upgrade and one which is not subtle and can transform the way streamed music can perform!

More from Entreq and networks coming soon as well as a blog post on the fabulous Melco S100 Data Switch as well! Watch this space!