Melco announced the arrival of their S100 Data Switch just prior to the Ascot Hi-Fi Show in October 2019.

Priced at £1999.00 the S100 has been designed from the ground up as an audiophile product and not an off the shelf ‘IT’ switch. The S100 places huge emphasis on data integrity as opposed to throughput and speed, unlike just about every other IT switch and router in existence. Most IT switches are manufactured to a price and designed to simply to do their job, which they do, but no thought is given to the quality of the data as long as it hits those coveted industry benchmarks for speed and throughput.

Networks are inherently noisy places and network hardware is typically inexpensive, built by the lowest bidder using cheap power supplies that invariably inject unwanted noise into the signal – Melco have known for some time that networks and delicate audio signals are not good companions for serious audio performance, hence the inclusion of the Player Port on every Melco model to date, anyone who has tried this connection will know how effective it is at improving the performance by simply isolating the connected device from the network, ultimately the lower the noise, the quieter the environment and the better the sound. 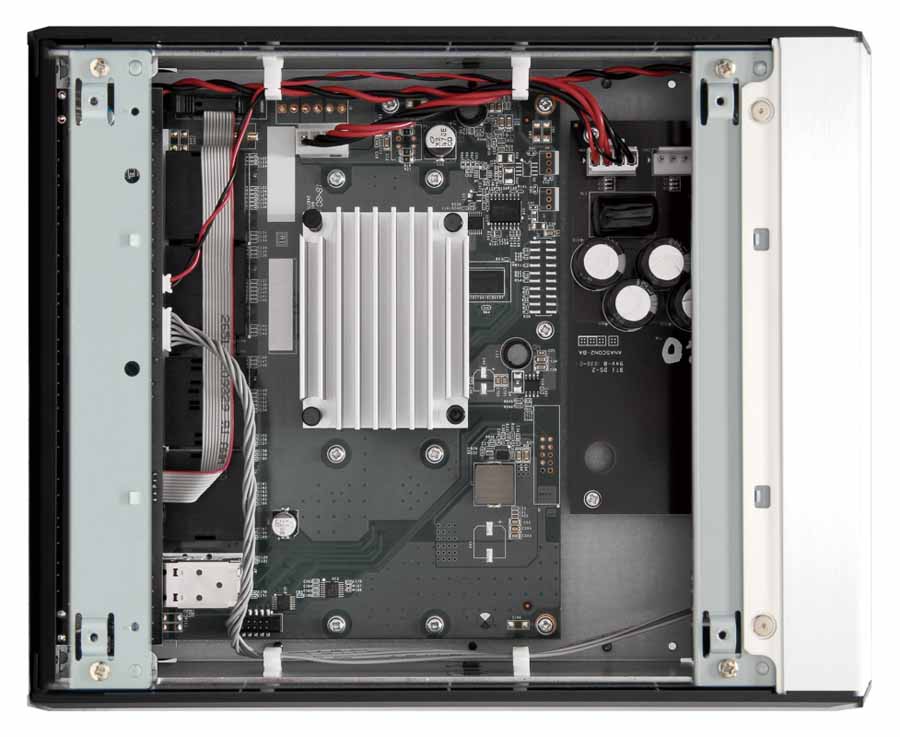 The S100 has been designed to be a quiet as environment as possible for audio, it uses a powerful processor, a custom main-board, it has a 1.5MB packet buffer and a bank of audio grade capacitors. Build quality is excellent, housed in the same style of high quality casework as is used in the N100, N10, D100 and E100. There is a button on the rear panel so you can power down the network activity lights as well to assist in keeping noise as low as possible.

The S100 has 4 ports rated at 100MbE speeds (optimised for audio devices such as Melco Players and Network Audio Players – Linn, Naim etc) and 4 ports rated at 1000MbE for other devices (routers, Roon Nucleus or Core Servers, Smart TV), plus 2 Fibre Optic SFP ports should your router have such a connection, the flagship Lumin X1 has a SFP network port.

This low noise design with emphasis firmly placed on data quality, not speed is key to ensuring the S100 will unlock a much higher level of performance from audio that is transmitted via Ethernet, this applies to music services like Tidal, Qobuz, Amazon HD, Spotify, Roon and also music served from NAS drives and suchlike.

Melco sent me their demo S100 to evaluate, I have the full range of Melco players on demonstration along with the Vitus RD-101 which is a streaming DAC and a Roon Endpoint. I also have a Roon Nucleus+ as well.

I started off with the N1ZH/2, connected to the Vitus DAC via USB – I selected 5 tracks from Qobuz I know really well and loaded them into a playlist. 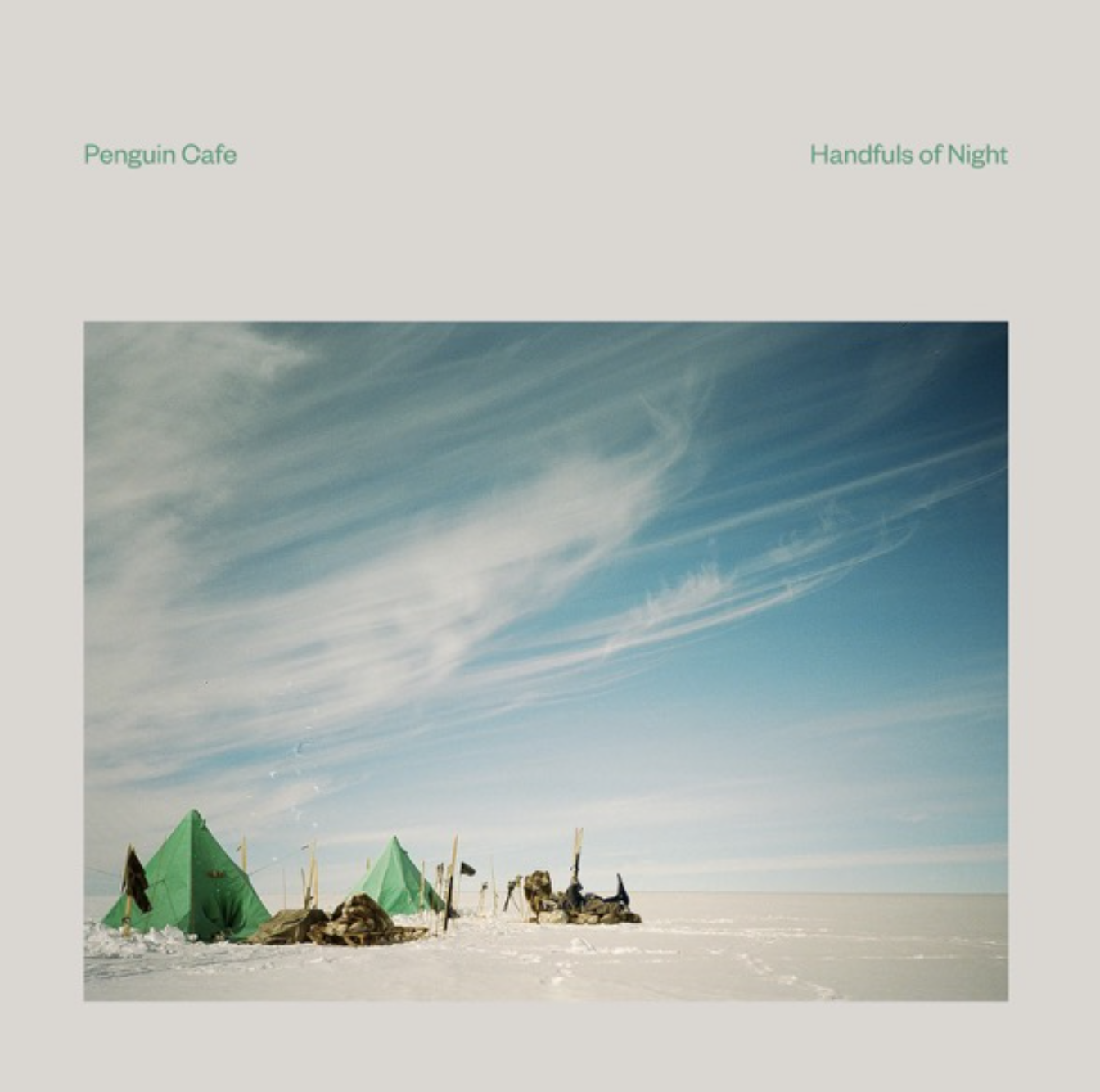 The National – Not In Kansas

I’ll admit I wasn’t really sure what to expect with the S100 in play, but it didn’t take long (10 seconds of the first track) to be able to hear that the presentation has changed. As mentioned above Melco had said from the outset that the S100 was all about creating a low noise environment for an uncompromised data stream – well in an already transparent system you could absolutely hear that straight away.

The sound instantly had more immediacy to it, dynamics had increased and the system sounded more expressive. Leonard Cohen’s rumbling resonant baritone now has even more depth and texture to it!

Moving on to Matthew Halsall’s “Fletcher Moss Park” the gentle rhythms, bass hooks and the huge spaciousness present on this album are simply magnificent here, I have been listening to this album a lot recently and there is just more of everything present with the S100 in play.

After a good few plays of all the various tracks I simply disconnected the S100 and wired the Melco back to the router. It still sounded great like it always does, but the S100 was working brilliantly when streaming Qobuz and there was no doubt in my mind that streaming had just jumped up to another level.

I also spent time doing the same comparisons with the N100/EX and when comparing Qobuz with/without the S100 it always sounded cleaner, tighter and more confident when the S100 when in play. Now in reality not too many N100 owners would add an S100 to their system given the costs (an S100 is the same price as an N100), but there is no doubt that performance improves when the s100 is connected up. 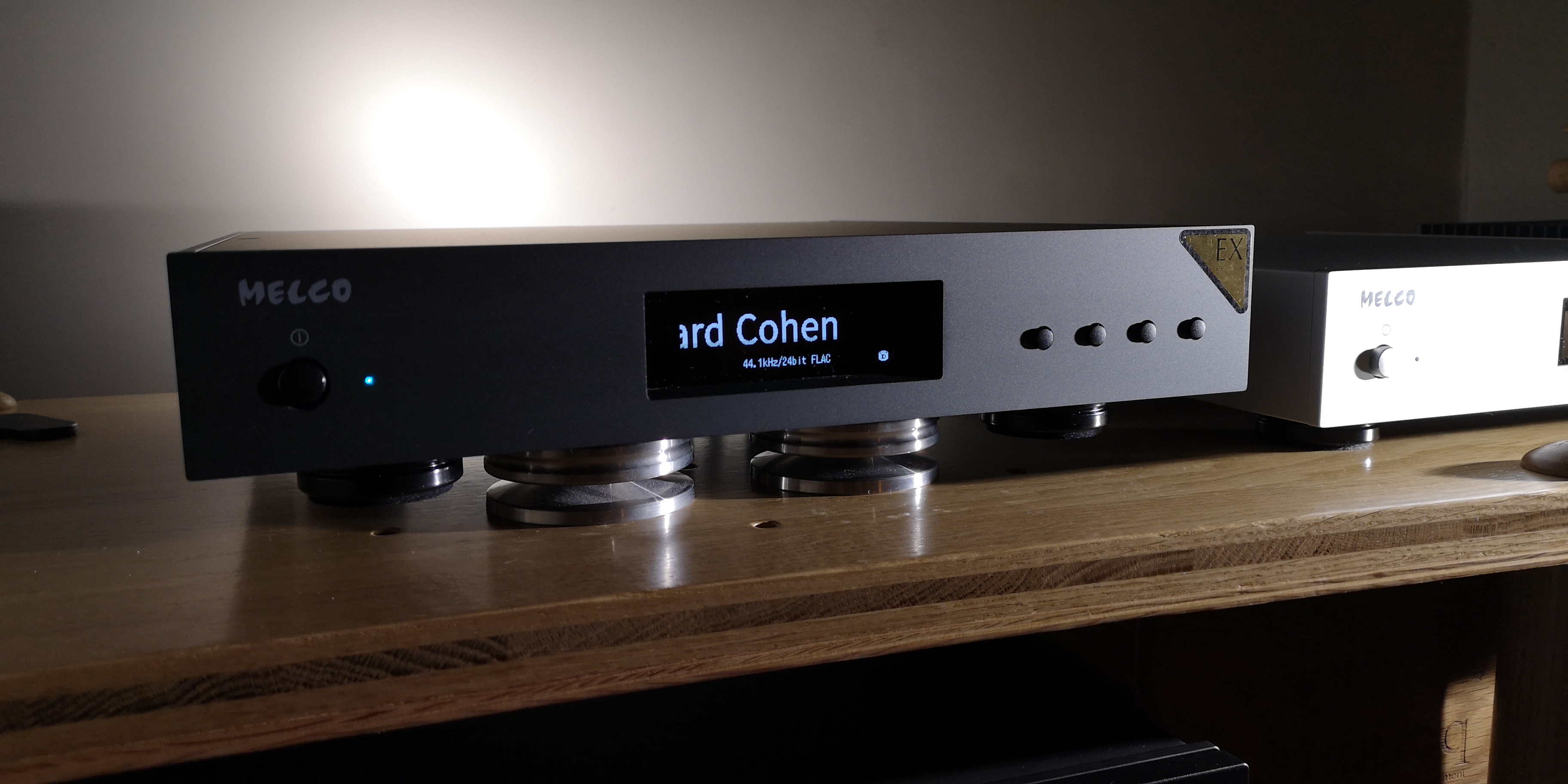 The flagship N1ZS/EX is a colossal step up over the N1ZH/2 in most systems, the better the system the bigger the jump it offers as well, it has a level of resolution and richness which is just spellbinding to listen to, one of the very finest digital transports money can buy ultimately. With the N1ZS connected to the S100 playing from Qobuz took another leap forward over the N1ZH/2, with the S100 in the system it makes for a really compelling argument to stream as a primary source of listening to music. Rip your physical CD collection to the Melco for the best playback for that medium and use an S100 for the streaming service side – get the best of both worlds!

By removing the S100 from the system and connecting the N1ZS directly to the router again the Qobuz stream is definitely not as engaging and as enjoyable to listen to. It certainly doesn’t sound poor, far from it, but it definitely is not as good and it only takes a few seconds to hear it.

One of the brands I represent came to visit me one day whilst the S100 was here so I let him have a listen, but I refused to give him the iPad so he didn’t know which version of the song was playing! I also didn’t tell him whether he was listening to the S100 or not – out of the 6 tracks we played he guessed and preferred the S100 every time. His thoughts echoed mine, the noise floor was lower, there was more detail and texture, increased subtlety and it was just overall better to listen to and it allows you hear more into the music to paraphrase some of the things he said. 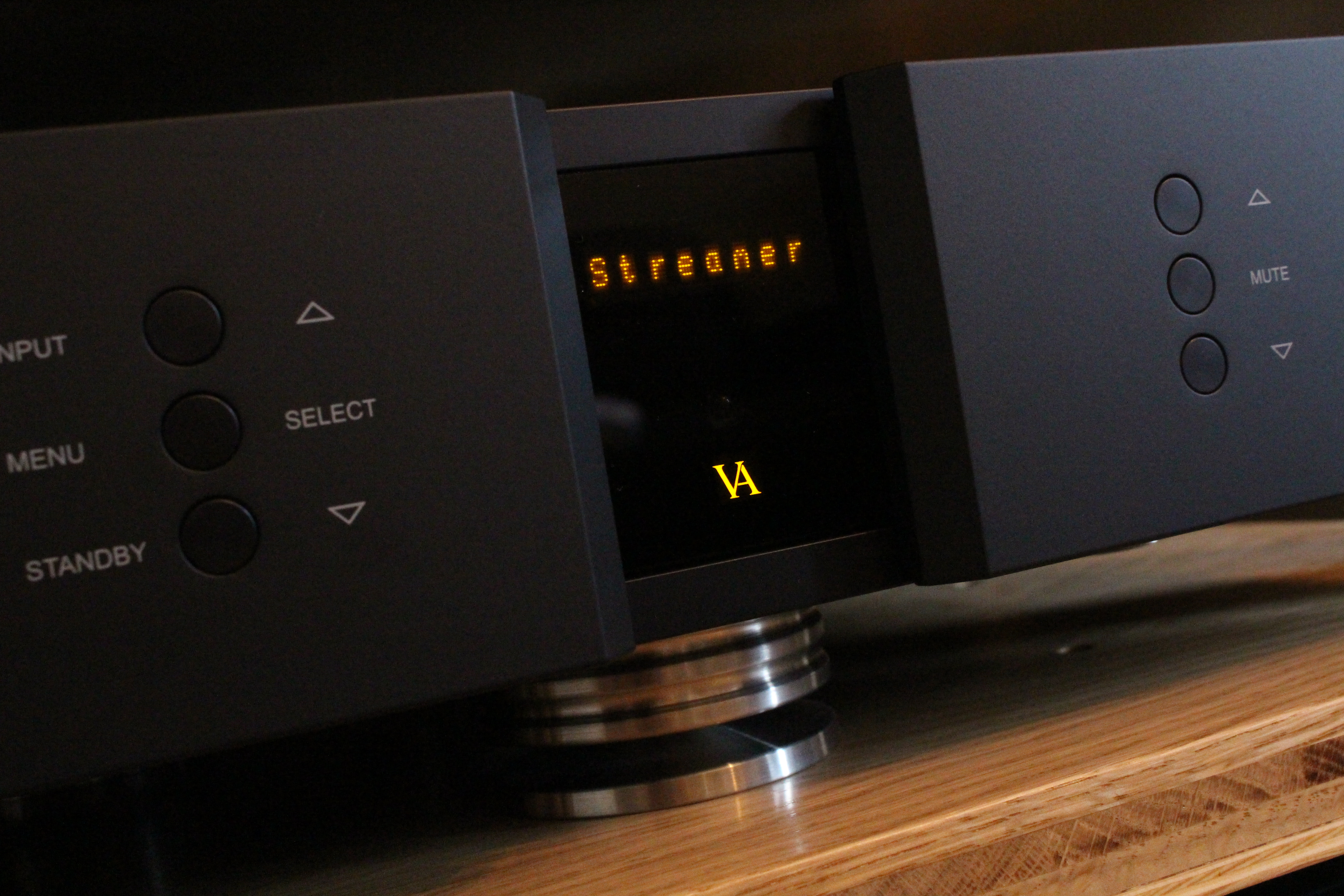 Next up was Roon, the Vitus RD-101 DAC has an Ethernet connection and is a Roon Endpoint, so another set of tracks were queued up and played with both the RD-101 and Roon Nucleus+ connected to the router, then repeated with both connected to the S100. To my ears the addition of the Melco switch here was arguably bigger than any of the comparisons I had made over the past few days of listening – the Nucleus+ clearly likes being connected to the S100. After some listening I connected the Nucleus+ back to my router and immediately the performance had dropped. Listening to Radiohead – Kid A, the difference on the opening track was quite startling, via the S100 there was more detail, Thom Yorke’s haunting vocal was more immediate and it was much more expressive  – goosebump time! 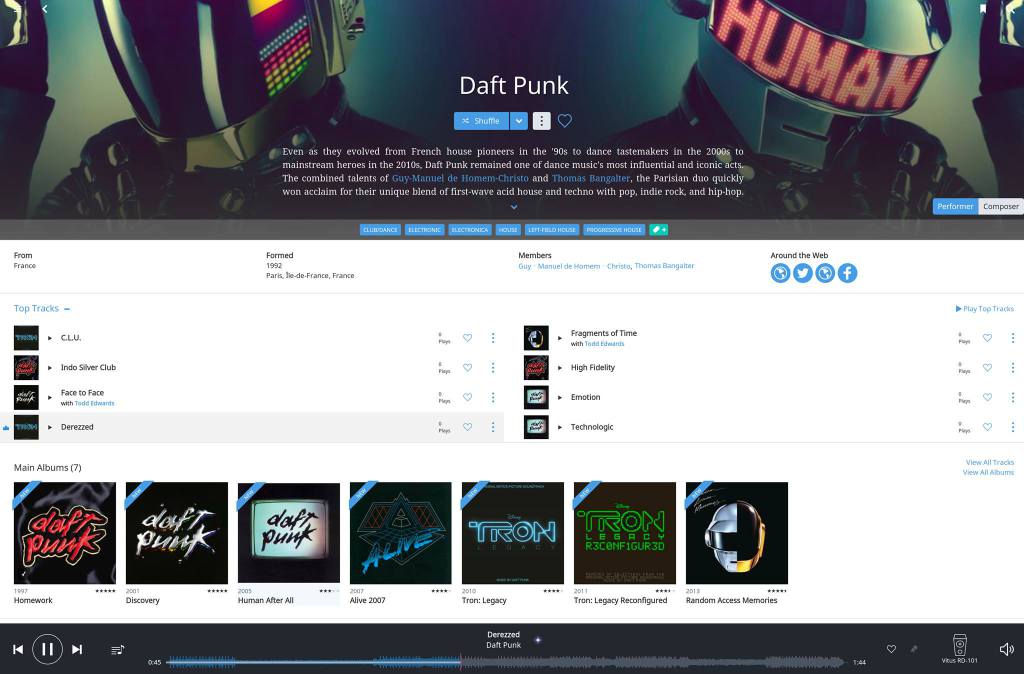 Roon is a brilliant piece of software, it works brilliantly, has the possibly the interface out there and sounds great, but I personally have always preferred listening to music from my own library not via Roon, it’s always had the edge in performance terms and that is using the same DAC as well. But with the S100 connected to the Nucleus and Vitus using Roon was a significant step forward, simply more engaging and a more enjoyable musical experience then I’ve ever had before with it. The Nucleus is a processor intensive device and I can only surmise the low noise environment of the S100 is helping the Nucleus+ to be more effective at doing its job.

I keep getting asked about simple systems that perform to a very high standard, take an RI-101 integrated amp with the streaming DAC board fitted, a Roon Nucleus and a S100 you’ve the makings of a serious system but one which is relatively compact – just add a pair of speakers! You could even do the same with the SIA-030 for the ultimate ‘one-box’ system!

If someone has a good system and uses Roon with a music subscription service an S100 should certainly be on your audition list, it really will elevate performance to a new level.

Melco produce a brilliant range of products that covers all bases and budgets. For those who do not use a streaming music service having a Melco Digital Music Library with your collection ripped to the hard drive with a D100 is the very best way to get the optimum performance from your own music collection, but if you do stream Qobuz or Tidal through your Melco and feel it doesn’t sound as good as playing the same music from the hard drive, or you feel streaming this way is simply not good enough to be considered a serious music source, try an S100 in your system, you may get a pleasant surprise!

For those people who don’t own a Melco Digital Music Library but use their home network to serve music into their hi-fi via ethernet, whether it is a Naim or Linn Network Player using a streaming service or by a Network Player simply pulling ripped files from a QNAP or Synology NAS drive, the S100 should most definitely be at the top of things to audition. By dropping the noise level you simply get to hear more of what is going on with your music, the better your system is the bigger the impact an S100 will have as well.

If  you would like to find out how much further you can take networked audio in your system, please get in touch. We now have an S100 on permanent demonstration.