An Oasis of Calm and Empire Building with Entreq!

In early 2019 Entreq launched their Oasis DC Power Supply. It was designed to simply replace the ‘free in the box’ walwart DC power supply that comes included with many products and to dramatically improve their performance.

There 2 versions of the Oasis available –

The 2 models of Oasis are identical in terms of the power supply/battery the difference in price is simply down to the DC cable being used, there are several aftermarket DC power supplies available on the market, but to my knowledge none of the have given the actual cable used any real attention. 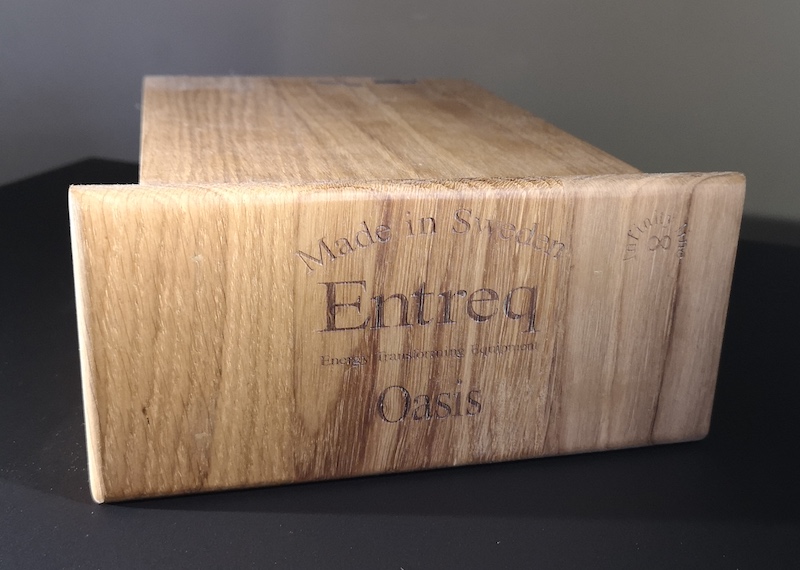 The list of products you can power with an Oasis is pretty significant – routers, network switches, Roon Nucleus (or a NUC running Roon), Melco N100, Melco S100, Exogal Comet, Chord DAC’s – essentially it can power anything that runs with a DC power supply from 12V to 20V, it can also run as a battery (around 8-12 hours on average depending on current draw of the device it powers), it obviously comes with a charger – although you can you leave it permanently connected to the mains if easier, the best performance comes from the battery. I have a couple of customers who when doing serious listening run the Oasis off the battery and for day to day/background listening they connect it to the mains.

For anyone who has a music subscription service to Tidal/Qobuz installing an Oasis on the router itself has been very popular.  I’ve installed quite a few Oasis since their launch and the majority of them have been used on routers. Also, if you use Roon replacing the power supply on either the Roon Nucleus or a NUC is pretty significant, I demonstrated this to the someone within the industry who was bowled over by the benefit it brought to sound quality when connected to a Roon Nucleus.

I’ve had a few customers who have purchased more than one Oasis when they heard what it was capable of doing in their system.

From a sonic perspective by adding an Oasis you are effectively supplying the connected device with clean, regulated power, the Oasis removes a huge layer of digital noise.  It does that brilliant Entreq thing of simply letting you hear more of what is going on in the music, it makes the presentation more natural and more musical and really effortless.

The Primer Pro Ground Box that is supplied with the Primer Pro version is to connect to the hard wired ground cable on the DC cable, but if you connect the Oasis itself to another ground box (via a USB ground cable) – you get another jump in performance, to be fair most customers don’t do this straight away, it serves as a future upgrade for them when they are ready. A Minimus Infinity or Silver Minimus Infinity is perfect for this. 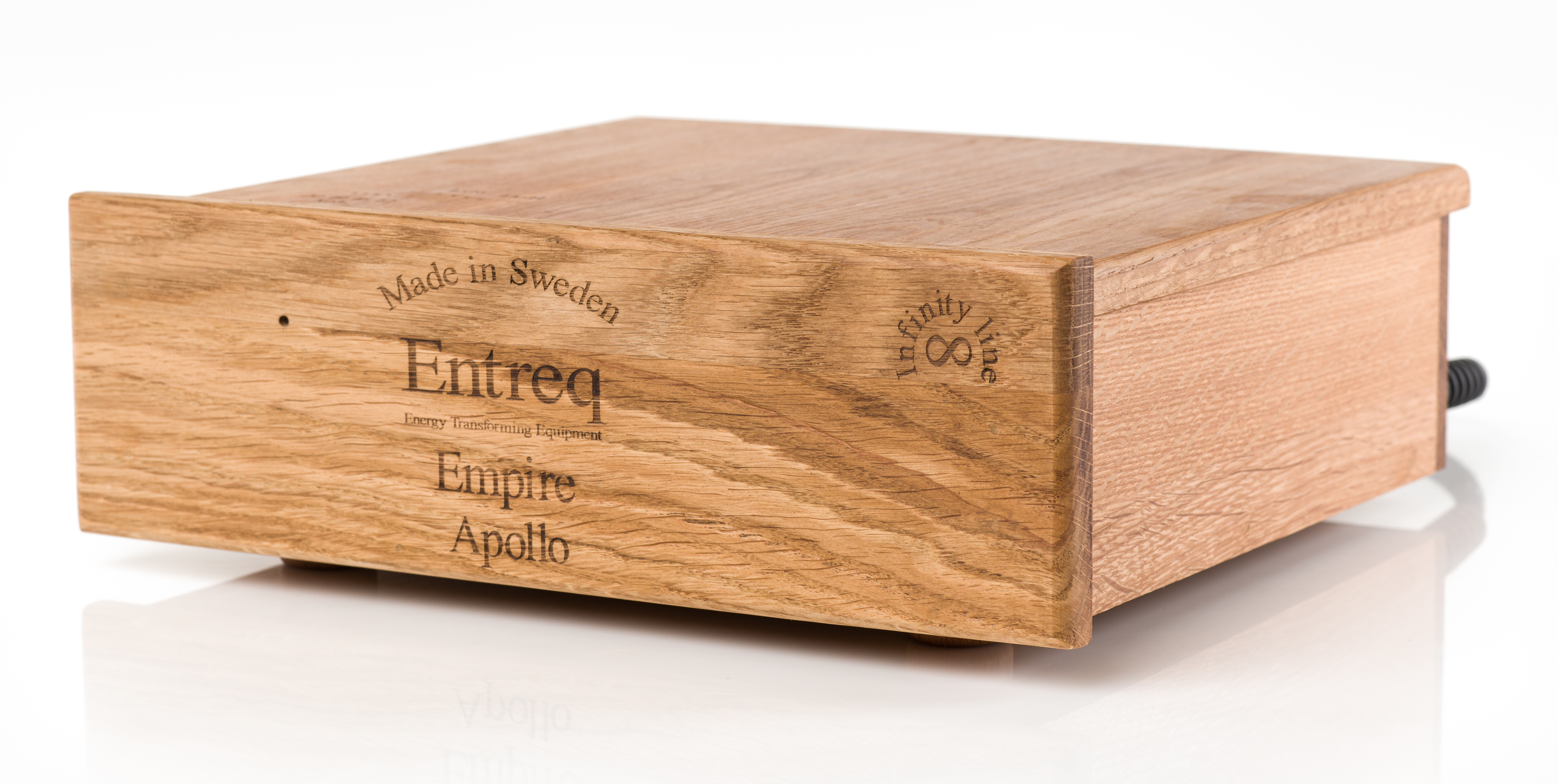 Never one to sit back, Per Olof at Entreq has taken what he has learnt about the Oasis and the benefit it offers when you use it on a network device to come up with another new product which is the Empire – this effectively combines an improved version of the Oasis and a network switch together in one box, using a hard wired Entreq network cable and DC power cable. The Empire is around the size of 2 Silver Minimus side by side.

The power supply inside the Empire has been designed to perform 2 roles, internally it powers the switch and via the hard wired DC output (see the images below) it can also power another device rated between 12 and 20V – just liked the Oasis effectively. The hard wired ethernet cable is designed to connect to your router and the switch itself has 3 ports for connecting to other equipment such as your Roon Core and Endpoint or Melco/Streamer.

If you do not have anything to power off the DC cable the Empire simply acts as a high performing switch/power supply.

You can also see below that the Empire has a post on the back so you can connect it to any Entreq ground box you want using a spade to spade or spade to hook cable. As with the Oasis, any ground box will offer an improvement, the further you go with a ground box the better the end result ultimately, this benefits the switch, the power supply and the RJ45 cable itself. A great upgrade path for the future!

There are 3 versions of the Empire about to be released

As with the Oasis the Empire itself is identical across all 3 models – the differences between the 3 models are all down to the grade of RJ45 and DC power cable. 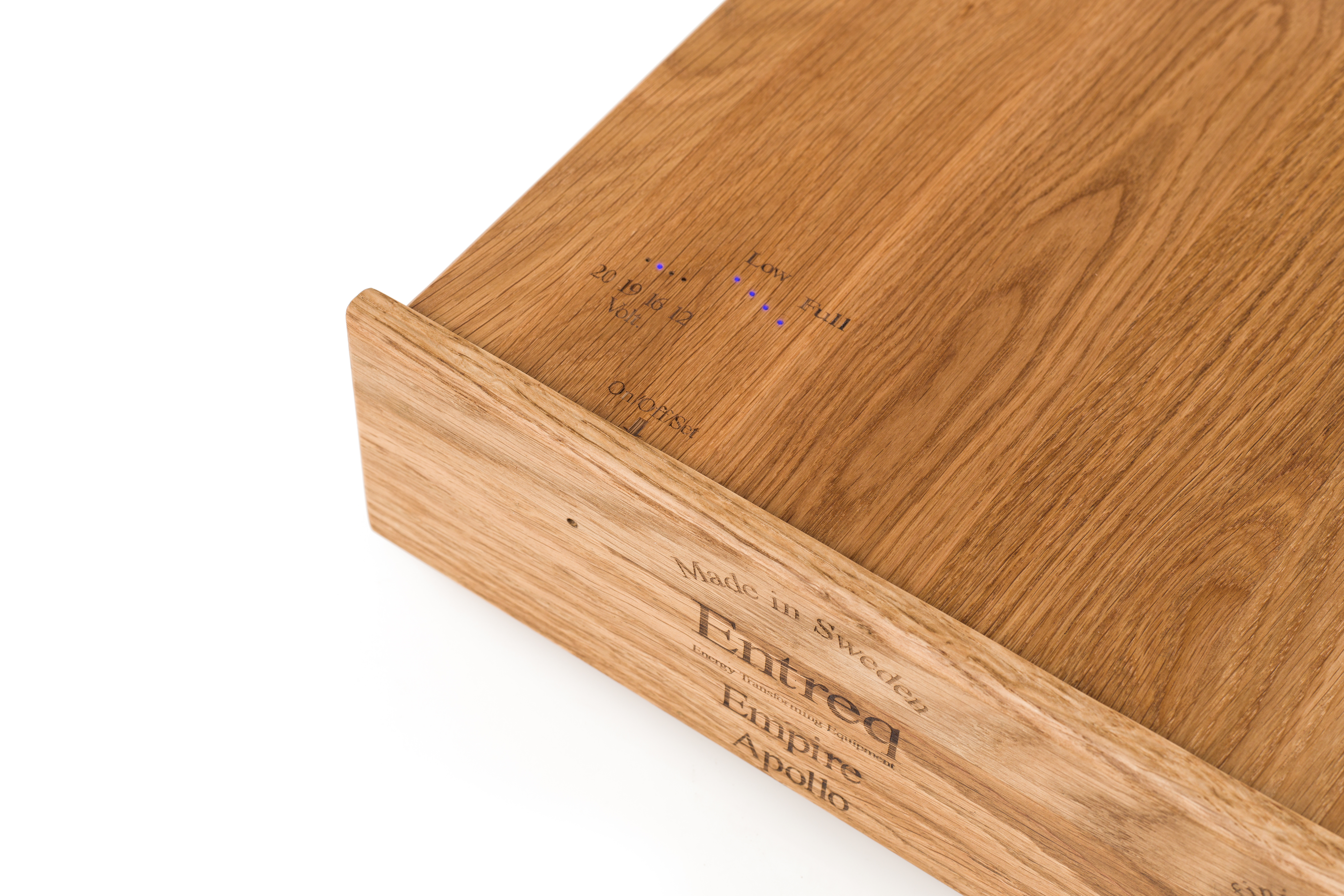 I’ve had a prototype Primer Pro unit to test over the past few weeks and I have to say it is very good and it really does elevate any streaming service to a whole new level and demonstrates that the router/network itself is guilty of holding back the performance of any system which streams music over the Internet.

I used the DC output on the Empire to power my Asus router and used Qobuz to stream via a Melco N1. When playing Qobuz via Roon I also had an Oasis to separately power the Roon Nucleus. 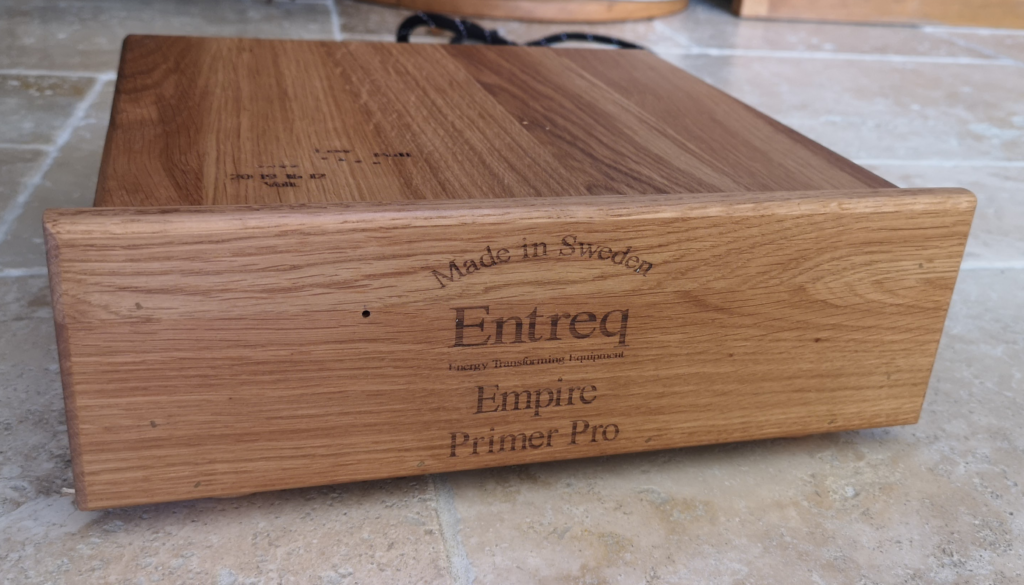 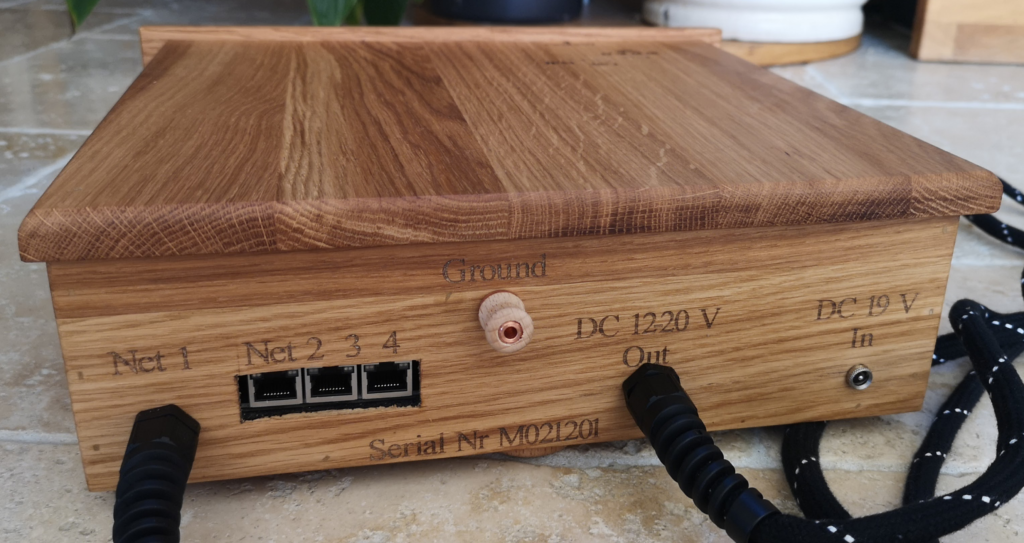 In terms of actual performance the Empire is best described as pure Entreq through and through, it is never forward or artificially detailed but incredibly calm, natural and effortlessly musical. That whole Entreq raison d’etre of lowering the noise floor so you simply get to hear more micro-detail, texture and tone has never been more apparent than it is here. By quickly putting the network ‘back to normal’ it doesn’t take very long at all to realise things have taken a step backwards.

If you want to effectively make streaming a serious source component for your system an Empire is a must listen product, which one obviously depends on your system and your budget, there are sizable jumps between the 3 models, I have a feeling the Primer Pro version is going to be rather popular. Taking the DC output and connecting to you router or another suitable device in your system is key to fully unlocking the full potential of the Empire.

My demonstration Empire Primer Pro will here soon, product pages will be live soon as well. Once it arrives it will be available for home demonstrations as soon as I am able to get out and about given current circumstances. Once it is here if anyone wants to borrow it I can always ship it to you if you happy to set it up yourself.