It’s always very satisfying when you get some brilliant feedback off customers after they have made an upgrade to their systems.

Invariably, people initially get in touch for a chat (or email) about their systems when they are thinking of upgrading or changing something. We typically discuss where they are at with their current system, what aspects they like about it, what they don’t like about it and in what areas they would like to improve it.

From there I make some suggestions, I’ll often throw a curve-ball and suggest an alternative that could work based simply based on my experience of listening to so many different systems and combinations of equipment as well. There is no right or wrong ultimately and is all down to the customers preference. What works well in one system for one customer may not work so well in a similar system for someone else.

I keep an extensive selection of cables from Tellurium Q, Entreq and Musicworks available for home loan, along with Stillpoints and of course a good selection of electronics and speakers as well.

Over the past few days I’ve received some great feedback from 2 different customers all extolling the benefits of the new additions to their systems – namely an Entreq Silver Minimus Ground Box with an Apollo Infinity RCA Ground Cable in one system and some Tellurium Q Silver II Loudspeaker Cable in another. 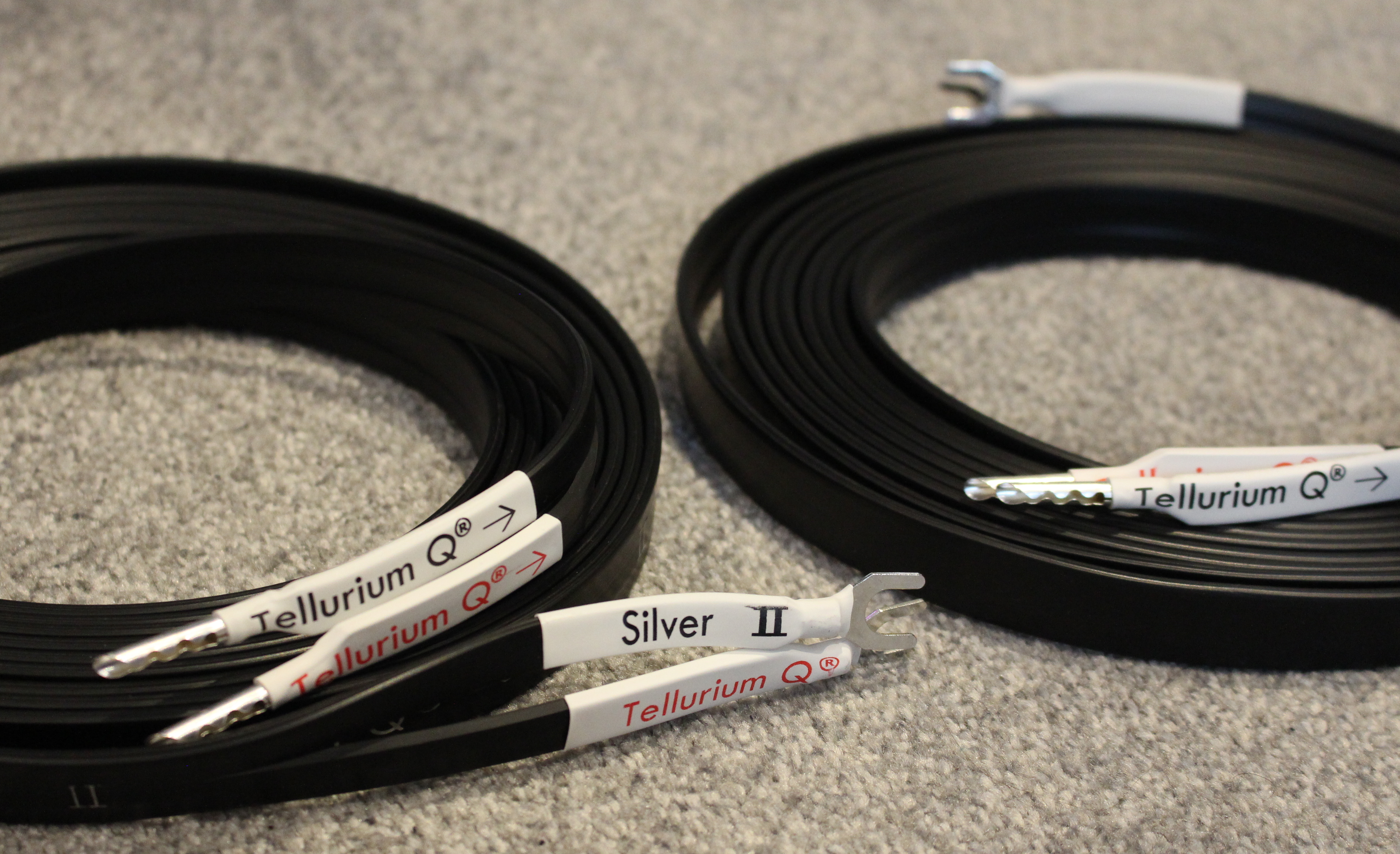 Over the past few months Tellurium Q Silver II Loudspeaker Cable has been incredibly popular, it all really started after I wrote a blog post about it at the start of November. I’ve had this cable on demonstration for a while now, but it has never been in such demand and my demo lengths have almost constantly been out on loan with a small queue forming of people who’d like to listen it. It’s a marked step ahead of the popular Black (both the older mkI and the current mkII) and is a really good upgrade over them both. The Silver II sits under the Ultra Black II in terms of both cost and performance but is proving to be a real sweet spot in many systems.

One customer got in touch at the start of January who wanted to upgrade his speakers cables to the Silver II, I got this great email off him last week.

This customer was previously using the original Black speaker cable in his system and moved up to the Silver II, which offers greater levels of detail and resolution whilst retaining a natural stance on the way the music is presented, it never hardens up or gets strident like some cables can, especially with recordings that are a little rougher around the edges in many systems.

Owners of the original Black and Black II who fancy an upgrade but don’t want to step up to Ultra Black II should give some serious consideration to the Silver II, it’s a great step forward over both the original and current version of the Black. Likewise, people who are using other cables in their system from the usual suspects of cable brands who are tempted to upgrade to TQ please get in touch.

Entreq is another popular brand here at Audio Therapy. It often raises an eyebrow among those who have never tried it, but those who have know exactly what it is capable of achieving, they produce an extensive and to the uninitiated a perhaps confusing array of products, but it’s quite simple once you have digested the basics (which I can help with!). 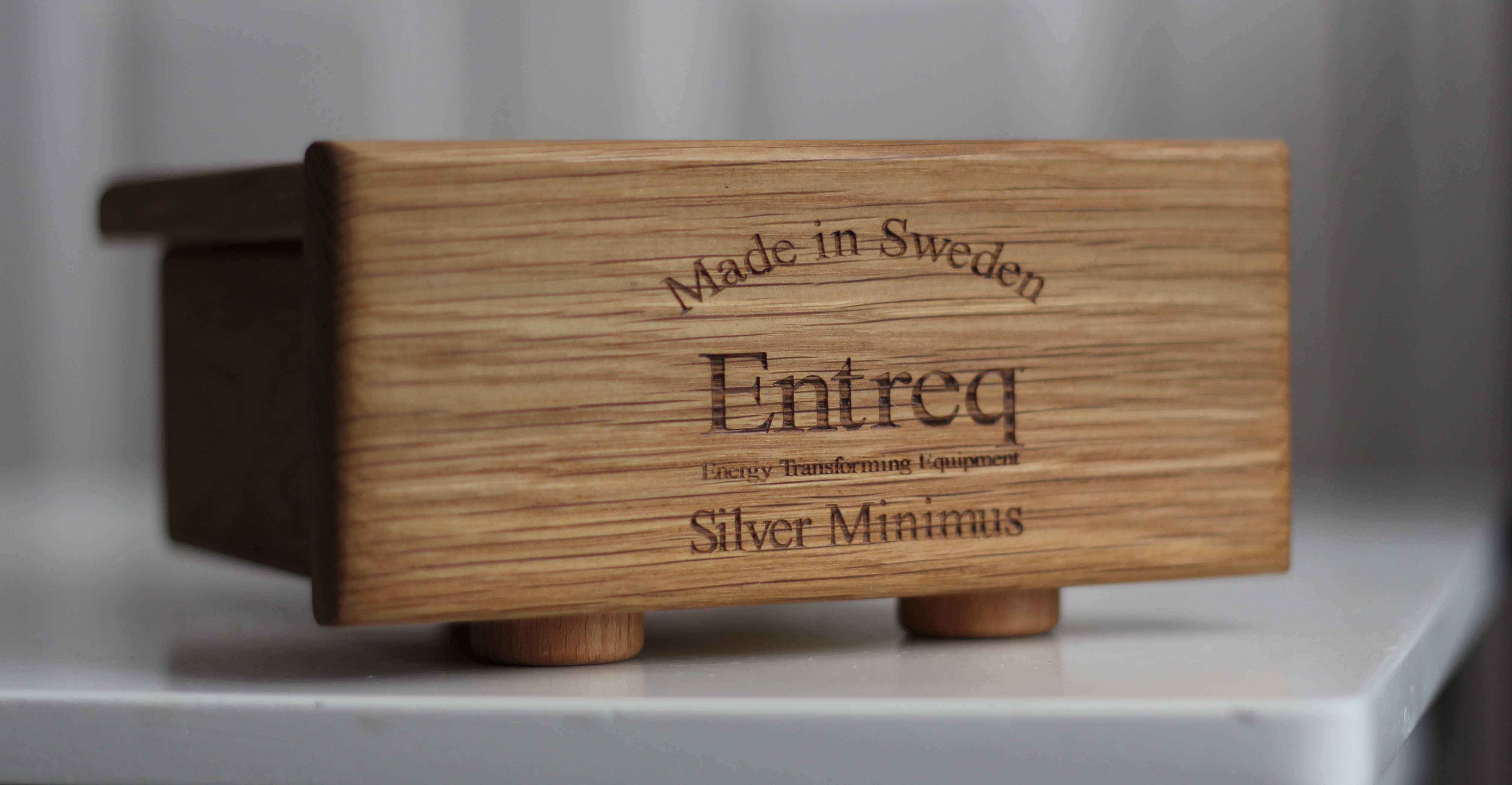 I had a customer recently purchase a second hand Silver Minimus Ground Box along with a new Apollo Infinity RCA Ground Cable (the very latest bayonet version), these were to be used on his Vitus SIA-025 Integrated Amplifier and was his first journey with Entreq. Essentially Entreq’s function is quite simple, lower the noise floor to unlock more detail, subtlety and emotion from the music. In any system the devil is in the detail and adding some Entreq is invariably an eye-opening experience. All you need is a product with a spare RCA, XLR, USB or RJ45 connection and you are good to go.

The benefit is rarely instant and can take a little while to do its thing, but most people can detect a change after a few songs have been played. By dropping the noise floor the level of subtle detail a system can deliver increases, but it remains wonderfully natural and organic with it.  I’ve had customers with great systems which they’ve enjoyed for some time who have been left amazed by what some relatively inexpensive Entreq has done to the presentation.

I’ve got a large number of customers absolutely delighted with their systems since the integration of Entreq into it in one form or another. There are almost a limitless number of configuration options when you browse the Entreq products available, but it’s relatively straightforward to cut through the options based on your system, your budget and what you are looking to achieve.

No matter what your system comprises of if you are looking to improve it a dose of Audio Therapy could be just the thing you need! Whether it is Tellurium Q Cables (Interconnects, Speaker Cable or Power Cables), Entreq Grounding & Cabling (including interconnects, speaker cable and power cables) as well as isolation from Stillpoints and power products from Musicworks I have a superb collection of system ‘accessories’ which are in reality are not accessories but essential foundations and building blocks for getting your system to truly shine and perform to the very best of its ability! If you are thinking of upgrading and need some advice on the best direction to go in please get in touch, it’s good to talk!