Last month Entreq announced the arrival of the new Olympus Ten Tungsten Ground Box, this small compact box has replaced the original Olympus Ten. It is the same physical size as the outgoing box, but with the inclusion of Tungsten and ceramic in its make up Entreq have managed to squeeze even more performance out of this new model and it shows when you compare them. The original Olympus Ten was £1100, the new version is £1380.

This new model is the first change with several new boxes being added to the revered Olympus line of boxes. 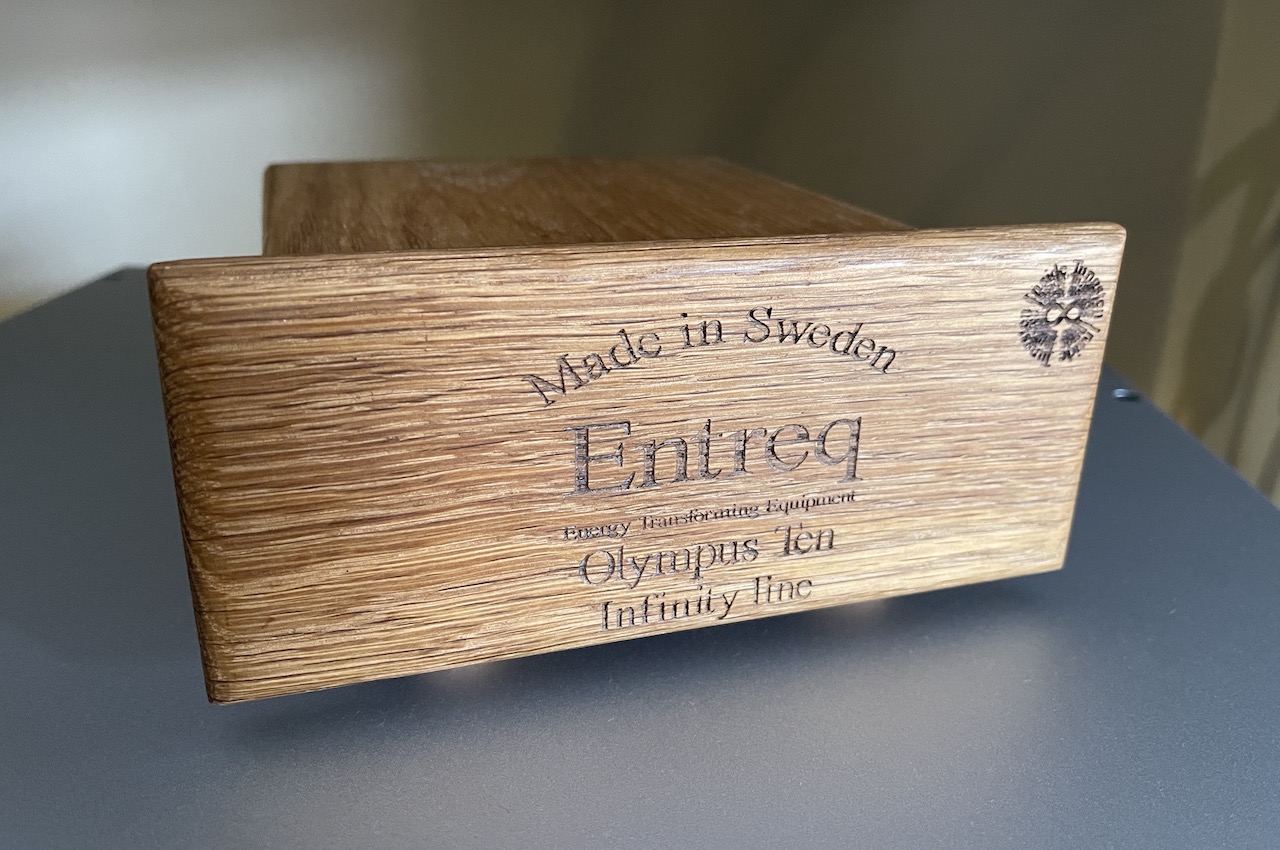 The Olympus Infinity is being replaced by the Olympus Infinity Tungsten (you may sense a theme here!), again this new box maintains the same size as the old box, but with added Tungsten and ceramic. It still has the same 2 silver posts on the back with a single zone of grounding. The original box was very effective at connecting to 2 major components in a system, like an integrated amp and a DAC or a DAC and a Melco for example.

The original Olympus Infinity was £3200, the Tungsten version is now £3800

Entreq have released 3 brand new boxes, the Pluton, the TenTen and the Hero. These boxes are all at new levels of price point and offer incredible flexibility in terms of what you can accomplish with them in a system and when you break them down they actually offer very good value for money.

The Pluton is essentially 3 x Olympus Infinity Tungstens in one large box. There are 6 posts on the back of it and it offers 3 independent zones of grounding (1 zone per 2 posts). It weighs in at 42kg and is 42cm wide x 34cm deep x 35cm high.

Effectively it’s a turbo-charged Poseidon, so you could use 2 of the 3 zones to ground your negative speaker outputs and then use the last zone to ground 2 other components, like your DAC and Pre-amp for example.

This does not replace the Poseidon, but sits above it in the range as the ultimate 3 zone box.

The TenTen is 10 of the new Olympus Ten Tungstens in box, coupled with an Entreq Infinity Cleanus (a passive mains cleaner which connects to a spare wall socket and removes HF noise from the mains and dumps it in the box). There are 10 zones of grounding across the 10 posts so it’s incredibly flexible – you could easily use one of these to ground and entire system. It comes supplied with a number of ‘T-Link’ cables so if you don’t need all 10 zones you can actually combine some of them in parts to increase the capacity on those zones and therefore improving performance even further. So you could have 2 zones using 2 posts per zone and 6 single zones for example.

As always with Entreq there is no right or wrong method or no magic recipe card, it depends on the make up of your system.

One example configuration to use all 10 posts could be….. 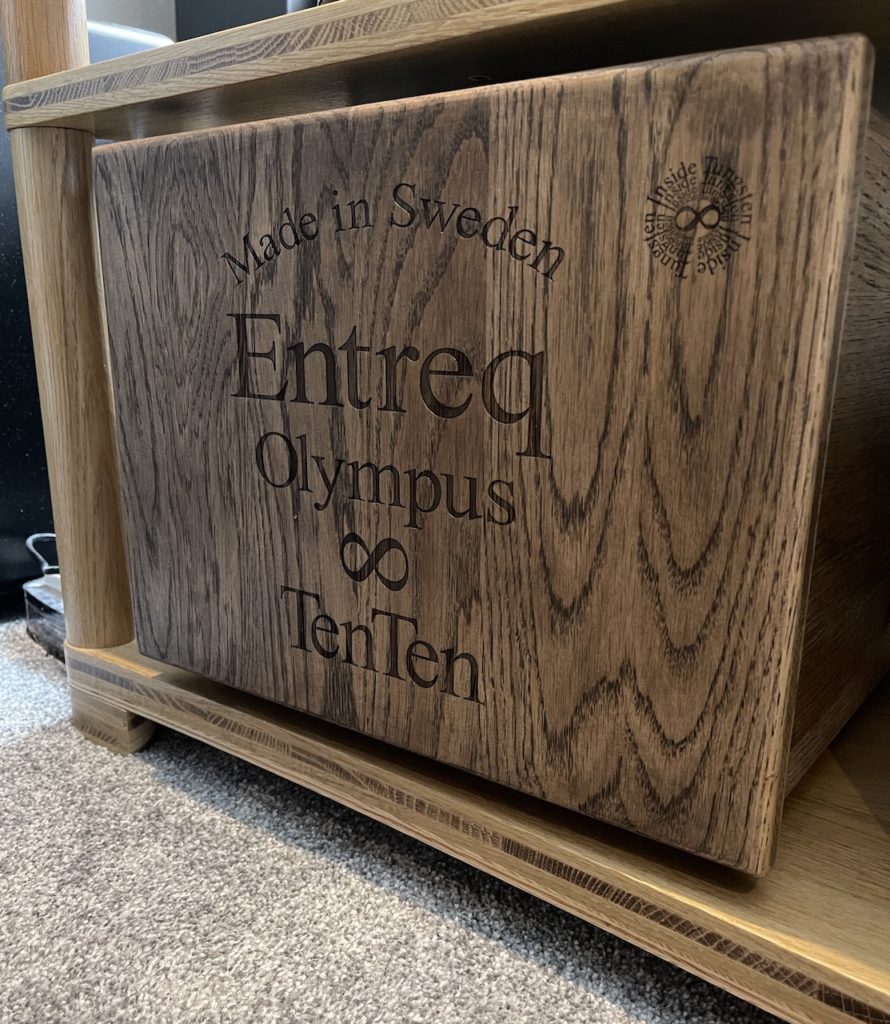 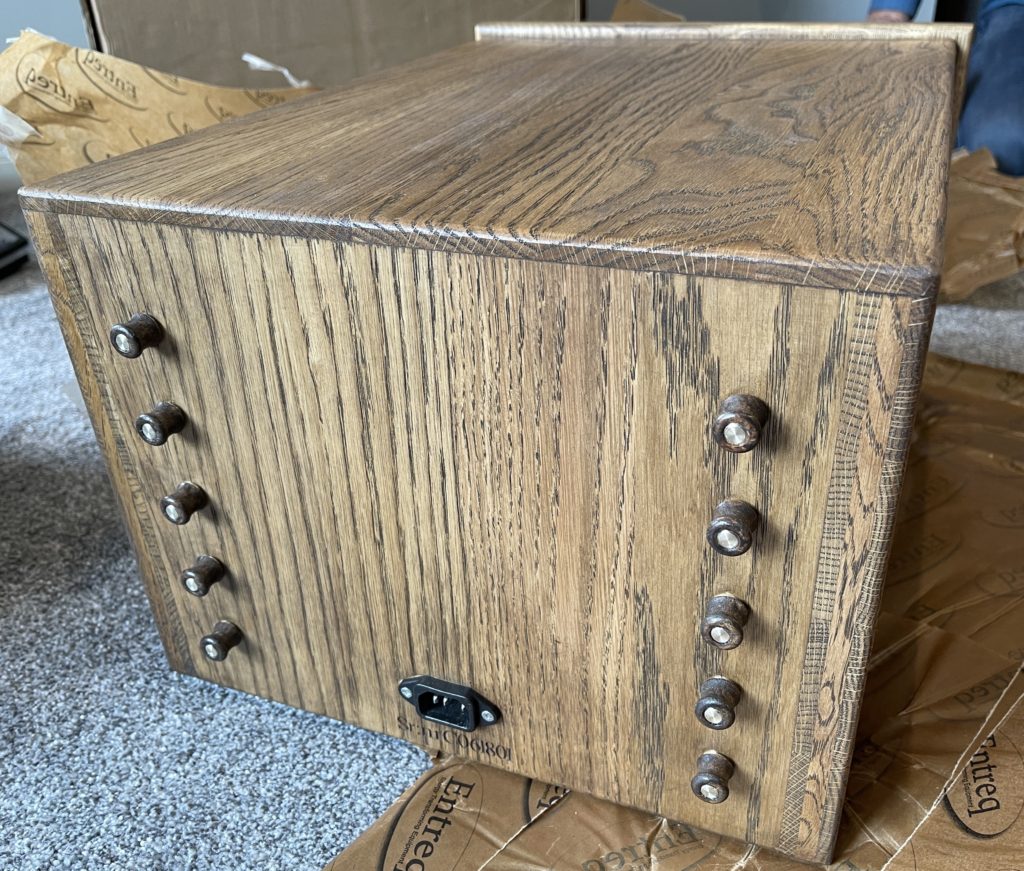 I installed the very first TenTen in the UK earlier this week to great effect in a system that doubles up for both music and movie playback, replacing a number of Poseidon’s and resulting in one very happy customer! 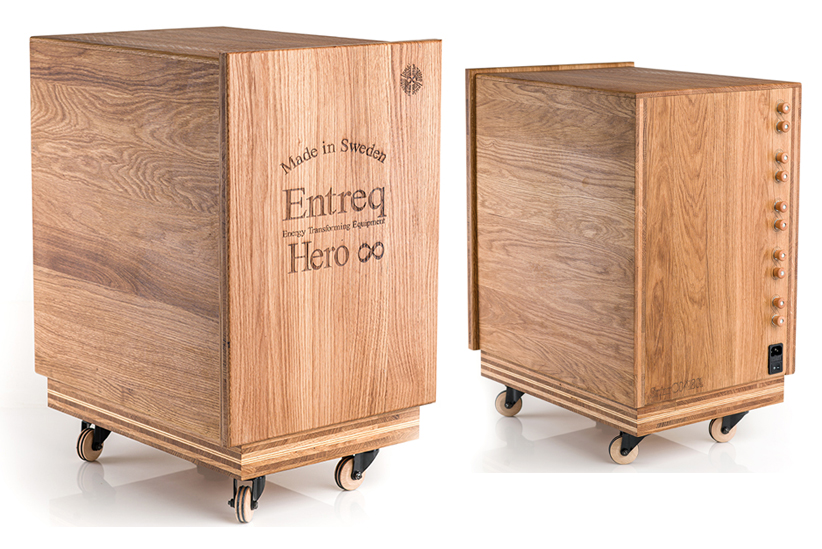 The Hero is the biggest box Entreq have ever made, weighing at 60kg! It is basically 5 of the Olympus Infinity Tungsten in one massive box (36cm wide x 49cm deep and 50cm tall), it comes on castors to aid manoeuvrability!

There are 10 posts on the back with 5 independent zones of grounding and like the Ten it comes included with some T-Link cables so you can connect together a couple of zones if you need them.

5 zones at this level is quite something, you could use 2 of them for negative speaker output grounding, then a single zone for your DAC, Pre-amp and Server or whatever components or cables make up your system.

As with the TenTen the Hero also comes with an Infinity Cleanus fitted as well, so you can connect it to a spare wall socket using a conventional IEC power cable to remove high frequency noise from your mains.

As always with Entreq the options are limitless and there is a huge amount of flexibility with these new boxes.

In addition to these new models I can confirm that the Minimus Infinity, Silver Tellus Infinity and Olympus Minimus are now discontinued and no longer in production.

Home demonstrations of any of the Entreq Ground Box is possible and part exchange is now problem at all, if you want to change from several smaller boxes to one of the new larger boxes to improve performance and free up space in your equipment don’t hesitate to get in touch!