It has been around 4 months since Entreq launched their Micro and Macro Grounding Kits and it’s fair to say that they have gone down really well across the board. They are primarily aimed at the newcomer to Entreq and in my experience many people who look at Entreq for the first time tend to do so with a raised eyebrow and a degree of scepticism over its benefits and why you would need one in your hi-fi.

Chances are if you reading this you and you follow my site will already know the answer – it is all about removing unwanted noise present in your system and the signal path. It is not a ground box in the sense of protective earth, it doesn’t begin to mimic or replace that,  the box and cable effectively act as a drain and dump for RFI/EMI, unwanted magnetic currents all of which are present your system and get passed from component to component along with the actual signal.  Give that noise an attractive place to go and you can dramatically improve the performance of your system, you can make it quieter, more detailed, more engaging,  the list goes on. 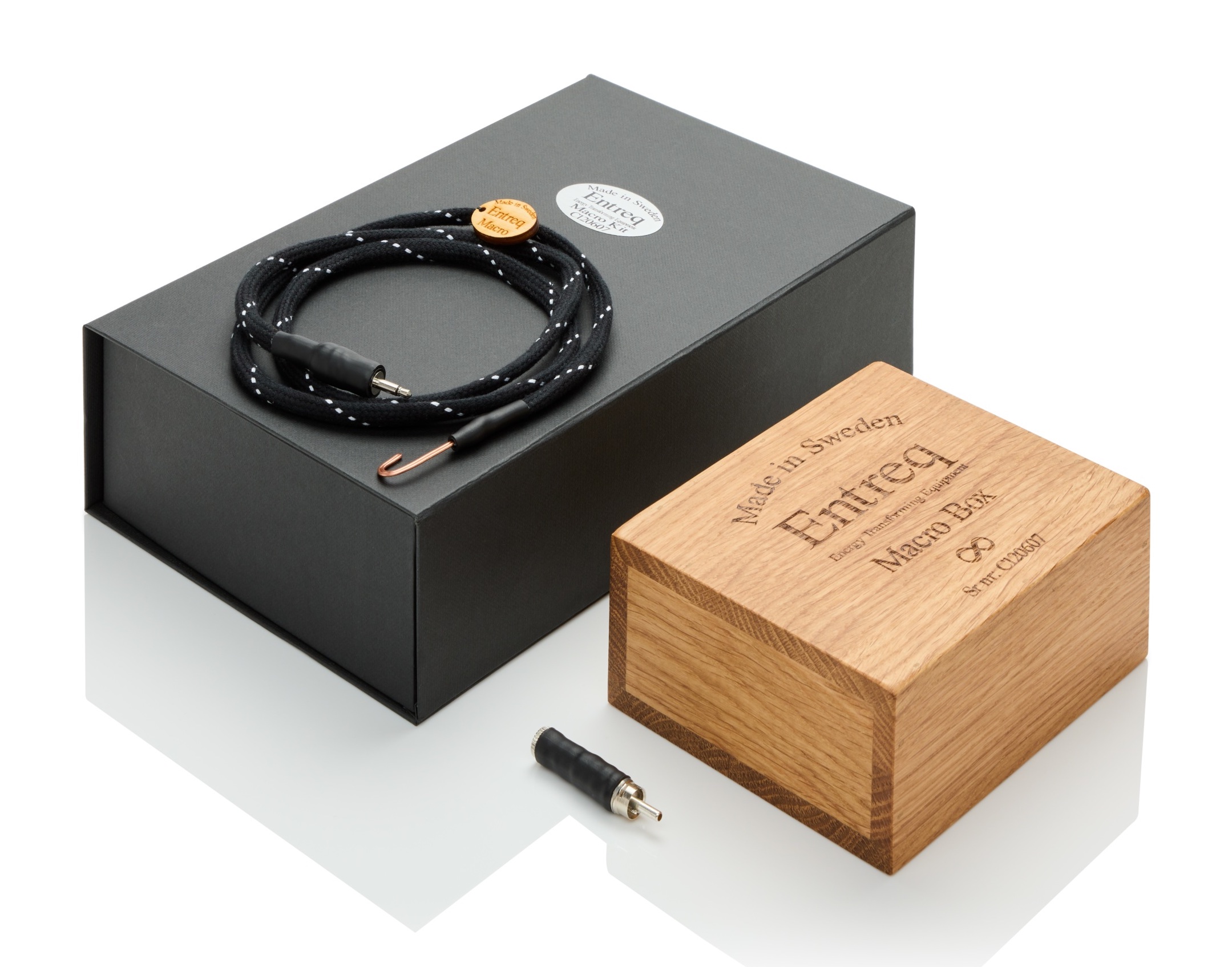 WHAT THE HELL HAS HAPPENED TO MY SYSTEM!!! Different sound completely – open, transparent, insightful…like it was replaced with a completely different make of hifi. WOW!

Many people purchase a single Grounding Kit and put it in a choice place in their system, like an integrated amplifier, DAC or streamer, or a router if they stream all of their music from something like Tidal or Qobuz. There is no right or wrong place to put one in a system.

So far everyone seems to like what they do and a fair proportion of these customers have come back to purchase a second kit to be used elsewhere in their system.

Each grounding kit comes with a ground cable and you can specify the type of termination you require at the point of order, the connectors are easily interchangeable so if after 6 months you need a new connector so you can move the box to a different component you can buy spares.

To those who have read about Entreq or those who have experienced it, “grounding” the negative speaker outputs of your integrated amplifier, stereo power amplifier or mono-block amplifiers has been a very popular and well trodden exercise. This can pull away a lot of noise that simply moves back and forth between the amplifier and the speaker, it always works and always put smiles on faces.

To this end, Entreq have just released a Macro Twin Pack, priced at £800 you get 2 Macro Ground Boxes and 2 Ground Cables, specifically terminated for this application. They are wired 4mm plug to spade and they can be used either way around, so if your speaker cable is terminated with spades or 4mm plugs at the amplifier end you can fit the ground cable in the opposite way to suit, as the pictures below show. The image on the left shows the spade connection on the ground box and the image on the right shows the 4mm connector on the ground box. 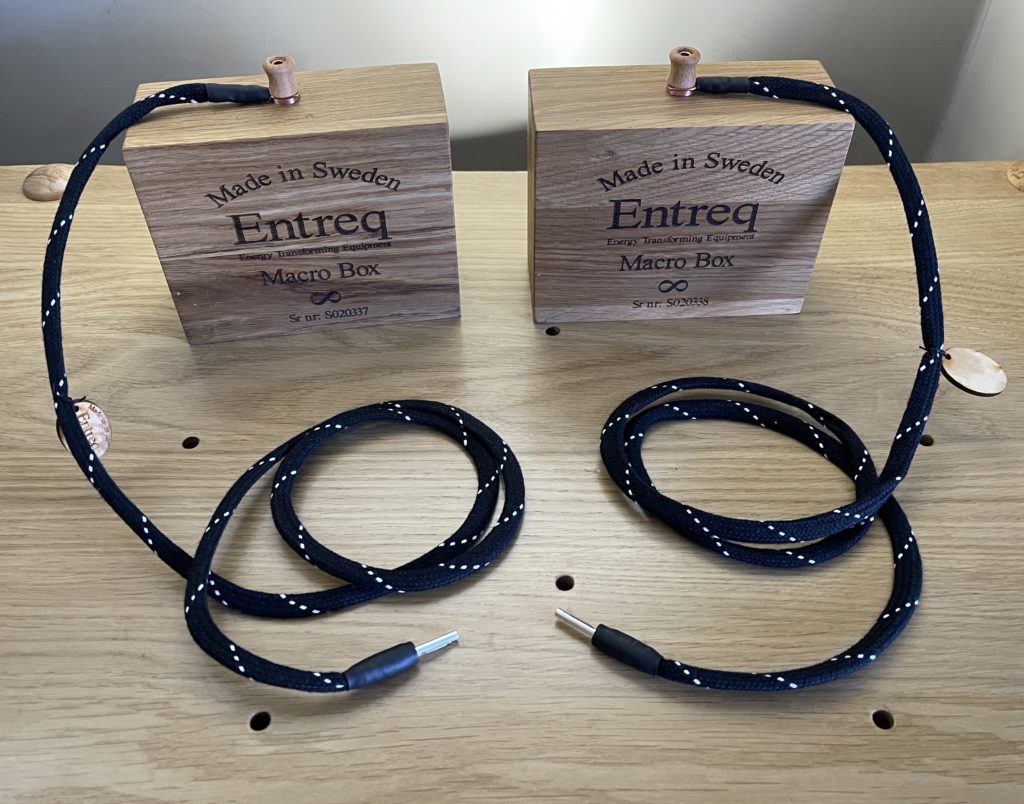 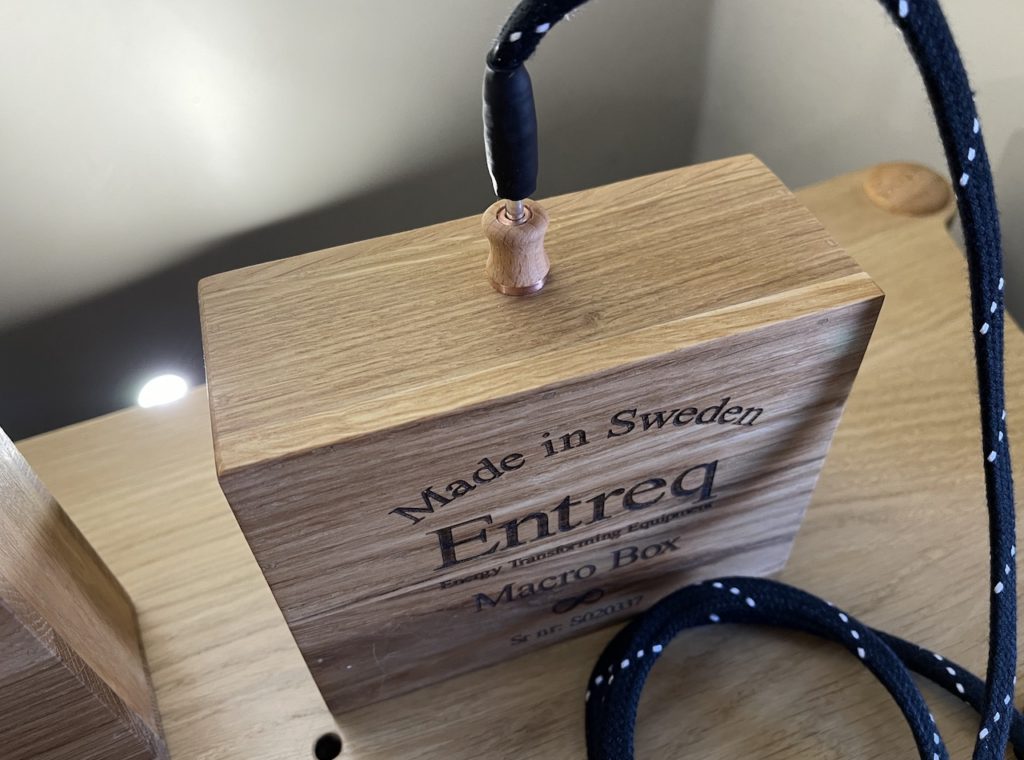 It’s an incredibly effective upgrade and given the asking price (£800) the benefit it brings is substantial and in many ways you will need spend considerably more than £800 to get the same level of improvements elsewhere in system.

As well as doing that, adding a single Micro Grounding Kit (£220 each) and using that on a spare input on your integrated amplifier, pre-amplifier or source also brings further benefits and for a spend of just over £1000 it is really very good indeed.

You can see in the images below the Micro Kit and also a couple of the interchangeable ends. 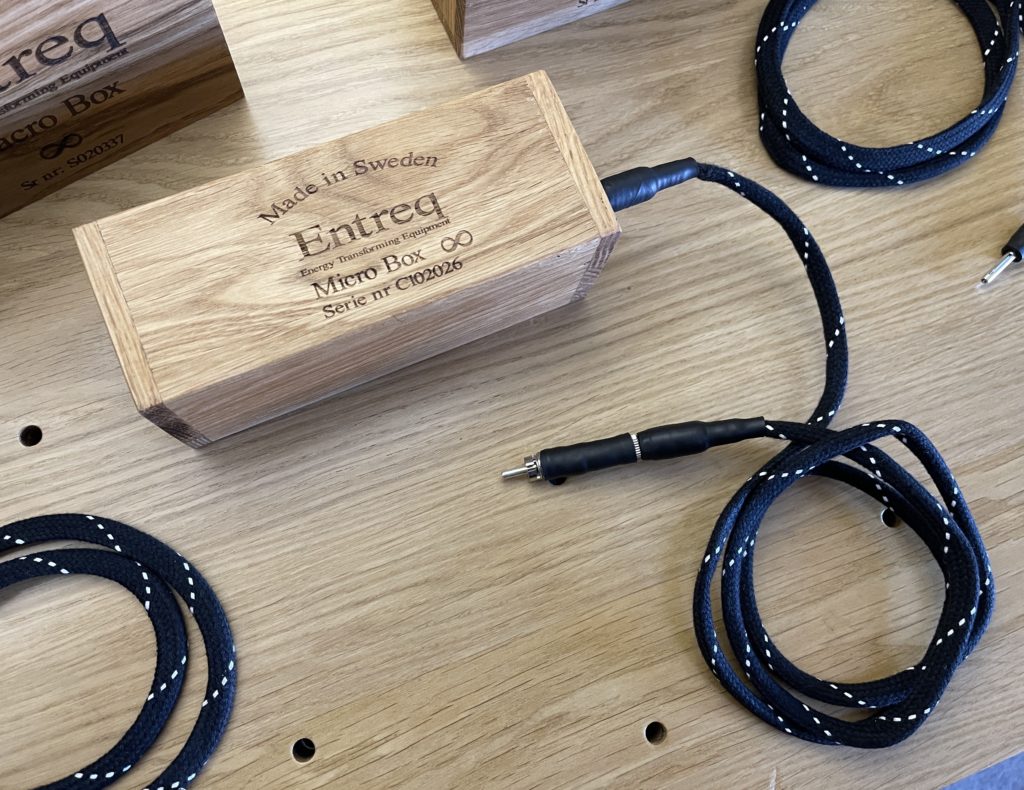 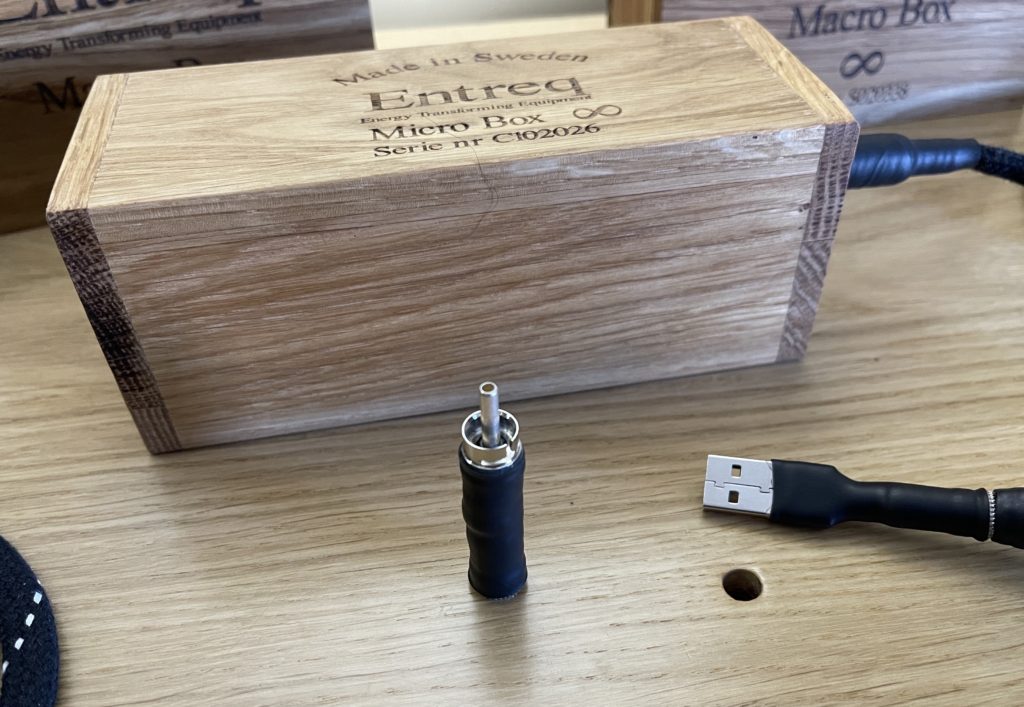 I keep the Micro Kits, Macro Kits and the Macro Twin Kits all in stock and also all on demonstration as well so if you want to find out what it could do in your system please don’t hesitate to get in touch to arrange a home loan.