A couple of months ago Melco announced the arrival of the brand new N10/2, this new model is actually available in 2 different versions, there is the N10/2-H50 which is priced at £7299, this uses a conventional 5TB hard drive, then sitting above this is the N10/2-S38 which uses a 3.84TB SSD, this version is priced at £9399.

Both of the N10/2 hard drive solutions are not ‘off the shelf’ IT hard drives you can purchase online from a PC component supplier, they are manufactured to Melco’s exacting specification in small volumes by a specialist manufacturer. The drives used are selected with audio in mind and are optimised for data which is written once, but read many, many times. In a conventional hard drive (SSD or otherwise) used in a normal IT environment, fast read/write times are considered to be vitally important, but for audio based applications high speed and breaking benchmarks is not relevant at all and in fact they can be detrimental to performance due to increased levels of high frequency noise.

Both the N10/2-H50 and S38 also have a brand new mainboard compared to the original N10, which was originally debuted in the N10 Anniversary Edition and as always with Melco this mainboard uses no common off the shelf IT parts in its construction.

Visually the N10/2  looks identical to the original unit, remaining as a 2 chassis design, one box houses the power supply and all the voltage regulation, capacitors and such like, the other box contains the hard drive, main board and all external connectivity, a short umbilical cable to connect to 2 boxes together is provided.

In terms of connectivity the N10/2 has all bases covered, it is the same as the N100 and the original N10 and will be familiar to anyone with previous experience of a Melco.

On the rear there are 2 USB sockets, one is specifically for connecting to a USB DAC, the other USB socket can be used for a number of things such as back ups, or importing music off a USB stick/hard drive or for connecting a Melco D100 to rip your CD collection.

There is a further USB socket on the front as well.

On the rear there are also 2 network connections, the primary socket is labelled LAN and this is used to connect the N10/2 to your network, be it via a router, network switch or a pair of ADOT fibre kits.

The second network connection is labelled PLAYER and you would use this connection if you have a Network Audio Player, like a Linn DS or a Naim NDX2 for example.  This connection is designed to improve the performance of your network player by effectively isolating it from the network by not having a direct connection, it is still online for control, software updates and streaming etc and you get a respectable performance boost by virtue of the connection to the Melco.

If you are using your Melco with a USB DAC the PLAYER port is not needed.

As with all Melco models there are 2 UPNP servers installed by default, Twonky and Minimserver. You can only run one of them at any one time and just about everyone uses Minimserver.

In addition SongKong is also pre-installed as well – this is a superb program for editing any wrong or inconsistent metadata/artwork and if you put some time into SongKong you can really fine tune how your music is presented to you via your control app.

When connected to a USB DAC to the N10/2 can stream Tidal and/or Qobuz and it is also a certified Roon Endpoint (you will need a Roon Nucleus or Intel NUC to run Roon Core). Also if you have a D100 CD ripper connected and your N10/2 is connected to a USB DAC it can double up as a CD player as well which has proven useful to quite a few customers.

If you have an account with either HighResAudio or Qobuz if you sign into either account on the N10/2 any purchases of music you make from either site will automatically download onto the Melco, no messing around downloading to your computer and transferring it the Melco over the network or via USB, the whole process is automated and it makes purchasing music very easy. If you have a decent internet connection from clicking the buy now button to actually playing the music takes around 20 minutes in most cases.

Sonically both versions of the N10/2 are superb, having the separate power supply offers a nice uplift in performance, low noise is key to everything in high end audio and Melco have certainly got that aspect covered. Stepping up to the flagship S38 there is an almost instant increase in immediacy, resolution and openness.

The outgoing flagship model, the N1ZS is a superb model and was very popular around these parts, in comparison that model was tonally darker sounding and more rounded, whereas the N10/2 S38 really grabs your attention right from moment the music starts.

It delivers music with incredible precision and intricacy and paints an expansive musical image, but one which never is clinical, forced or artificial in the way it is presented.

As with the whole range of the Melco players the N10/2 is incredibly easy to use, there is no shortage of options for great app’s to control it, SongKong offers superb customisation of your stored library so things are presented the way you want them to and with Tidal and Qobuz on hand (for USB DAC users at least) the ability to discover new music delivered to a very high standard is a rather appealing concept!

I carry the full Melco range on demonstration, soon to be expanded even further with the imminent release of the 2 box S10 network switch.

Trade In and Trade Up with Audio Therapy!

Over the summer we are running a Melco trade in promotion, essentially giving you the opportunity to upgrade your Melco to a new model with improved performance, full warranty and receive in many cases a trade in value on your old machine which is higher than its actual resale value.

All that we require is that your Melco has the original box, is in good working order and also in good physical condition. If you don’t have the box or your unit is scratched it’s not a problem obviously, but the trade in price offered will be modified to take it into account.

Please get in touch if you have any questions regarding the promotion!

If you own an Aurender, Innous or any another streamer part exchange is always welcome, just let me know you have to trade in and I can work out a price to swap. 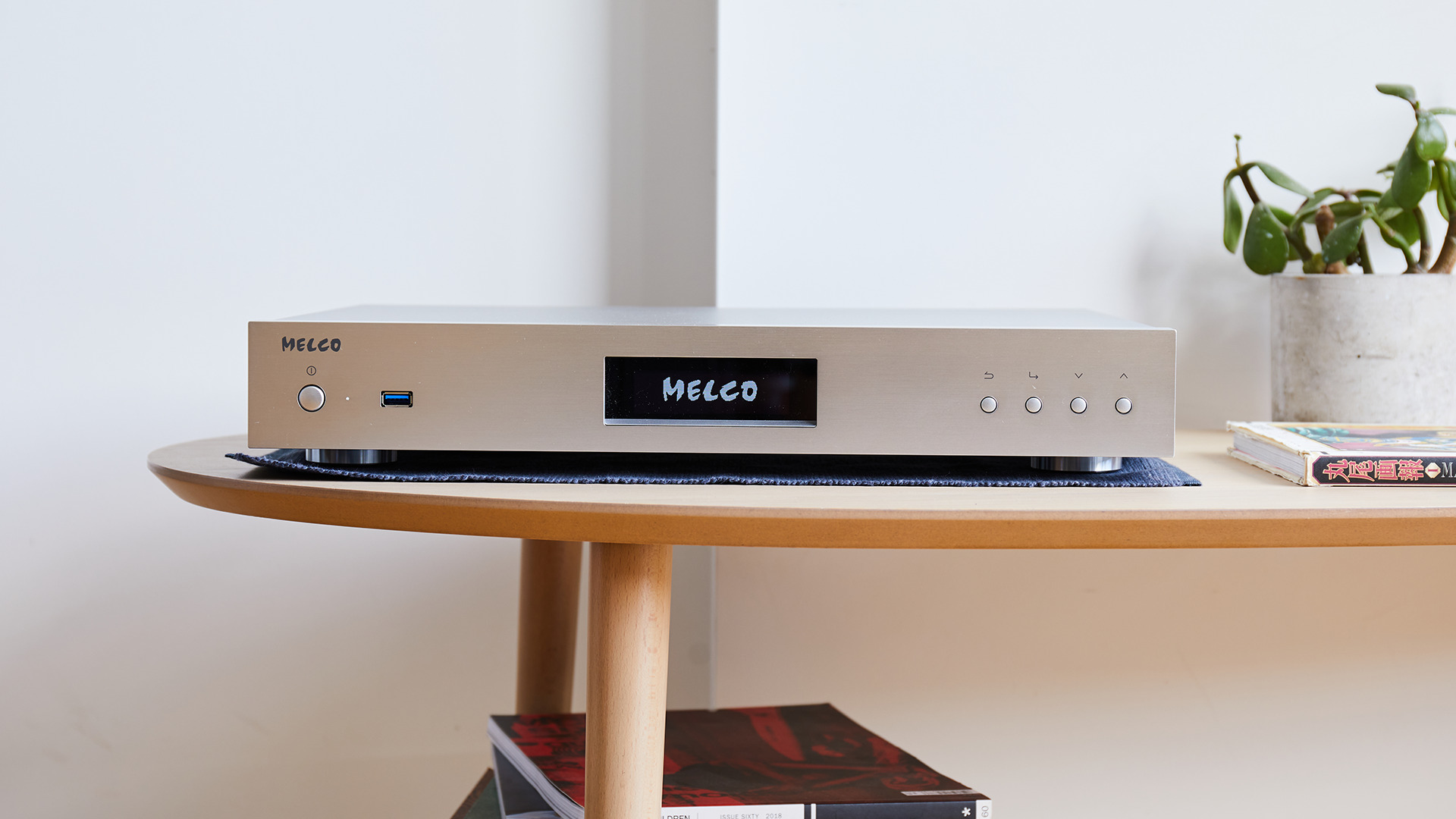