Melco’s flagship 2 box data switch, the S10 is now on permanent demonstration. The S10 was announced just before the Munich show in May of this year. I got a loan of Melco’s demo unit for a couple of weeks at the end of May after the show and I showed it to handful of customers all of whom were very impressed with its performance and several opening orders came in rather quickly.

The S100 has been around for 3 years now and it is still proving to be popular as ever, for those who stream music over ethernet the inclusion of the S100 can deliver a marked improvement to the quality of streamed music. Greater clarity, lower noise, it’s not a subtle addition to suitable system.

Priced at £4999.00 the S10 builds on the S100 and takes performance to a whole new level, I must stress that the S10 isn’t just an S100 with a high quality external power supply, the main S10 head unit has been improved upon compared to the S100 in a number of ways, better build quality and greater rigidity with a more substantial internal framework, the single box of an S100 is 2.5kg, the 2 boxes of the S10 weighs in at 13kg. 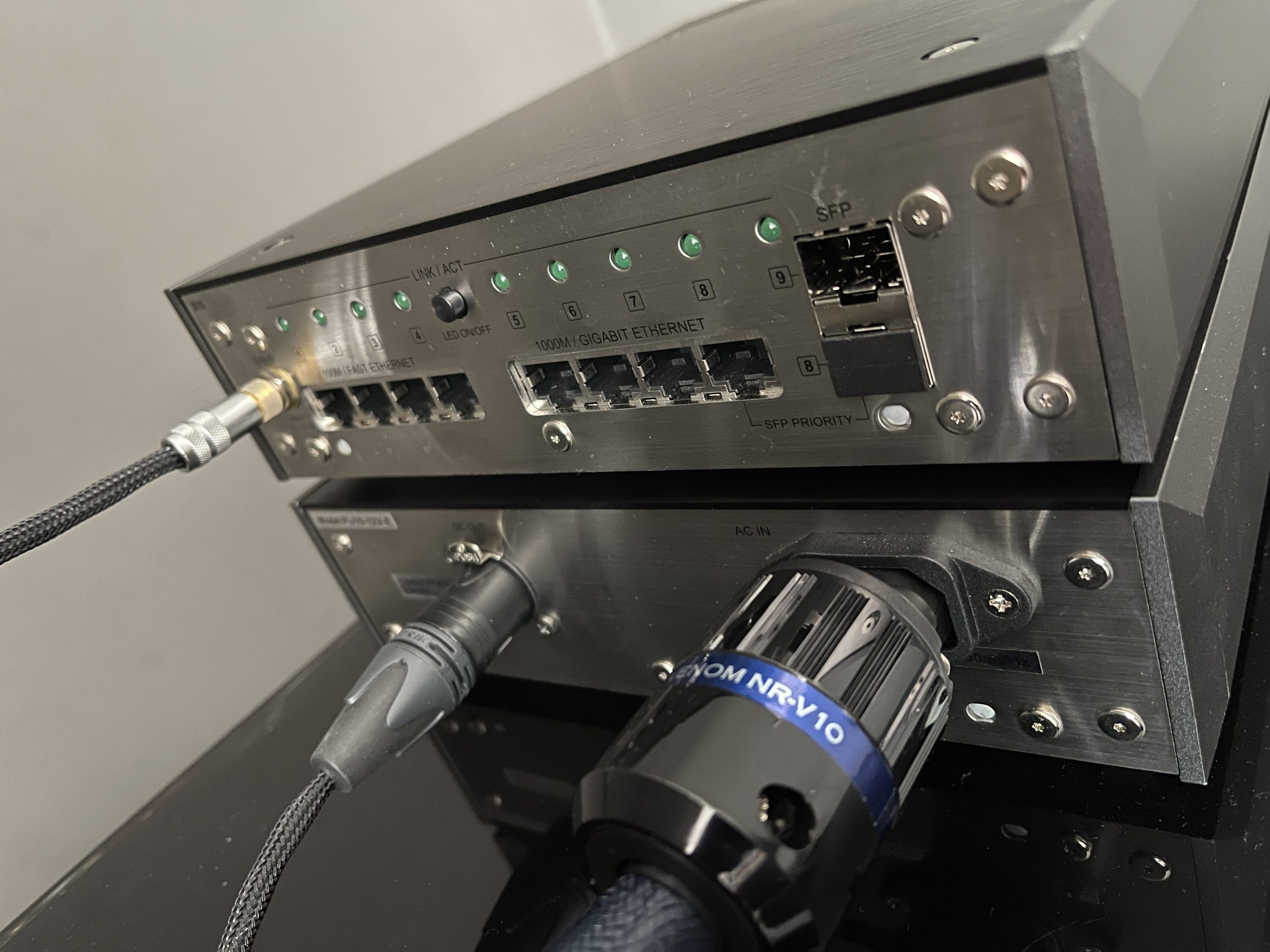 I had my S100 on home loan with a customer when the loan S10 turned up and as good as the S100 was (this customer was all set to order an S100) the addition of the S10 was magnificent in his system, the jump from the S100 to the S10 was a considerably bigger jump than going from no switch to an S10 and I’m not overstating this, it was a genuine wow moment in every system it was used in. Given the amount of large, expensive equipment I get to play with on a daily basis sometimes a little complacency can set in and I must say that the S10 was a real eye opener.

The S10 (or S100 for that matter) isn’t just for people who use a Melco library for playback, as mentioned above anyone who streams music via Ethernet can take advantage of one of the Melco switches, be it Linn, Naim, dCS, CH Precision, Lumin, Auralic, the list goes on and on!

The S10 has the same connectivity as the S100, there are 4 ethernet ports rated at 1000Mbs and 4 ports which are restricted to 100Mbs, these slower ports generally sound better than the 1000Mbs ports but I always advise people to try both and see which you prefer, there are also 2 SFP fibre connections as well. This allows you to connect directly to your router using one of the ADOT fibre kits, further lowering noise and improving performance. Connecting your router to a 1000Mbs port is advised, as is any non critical devices such as a TV for example, a Roon Core works best connected to a 1000Mbs port as well.

Both the S100 and S10 are on permanent demonstration so if you would like to hear what they can please get in touch, home loans are welcome too. Any S100 owner who wants to step up to an S10 can obviously trade it in to help make the numbers work (other switches can be traded in as well of course!)

With the launch of the S10 I now have the complete Melco range on permanent demonstration and have unrivalled experience dealing with Melco.

Please get in touch if you have any questions 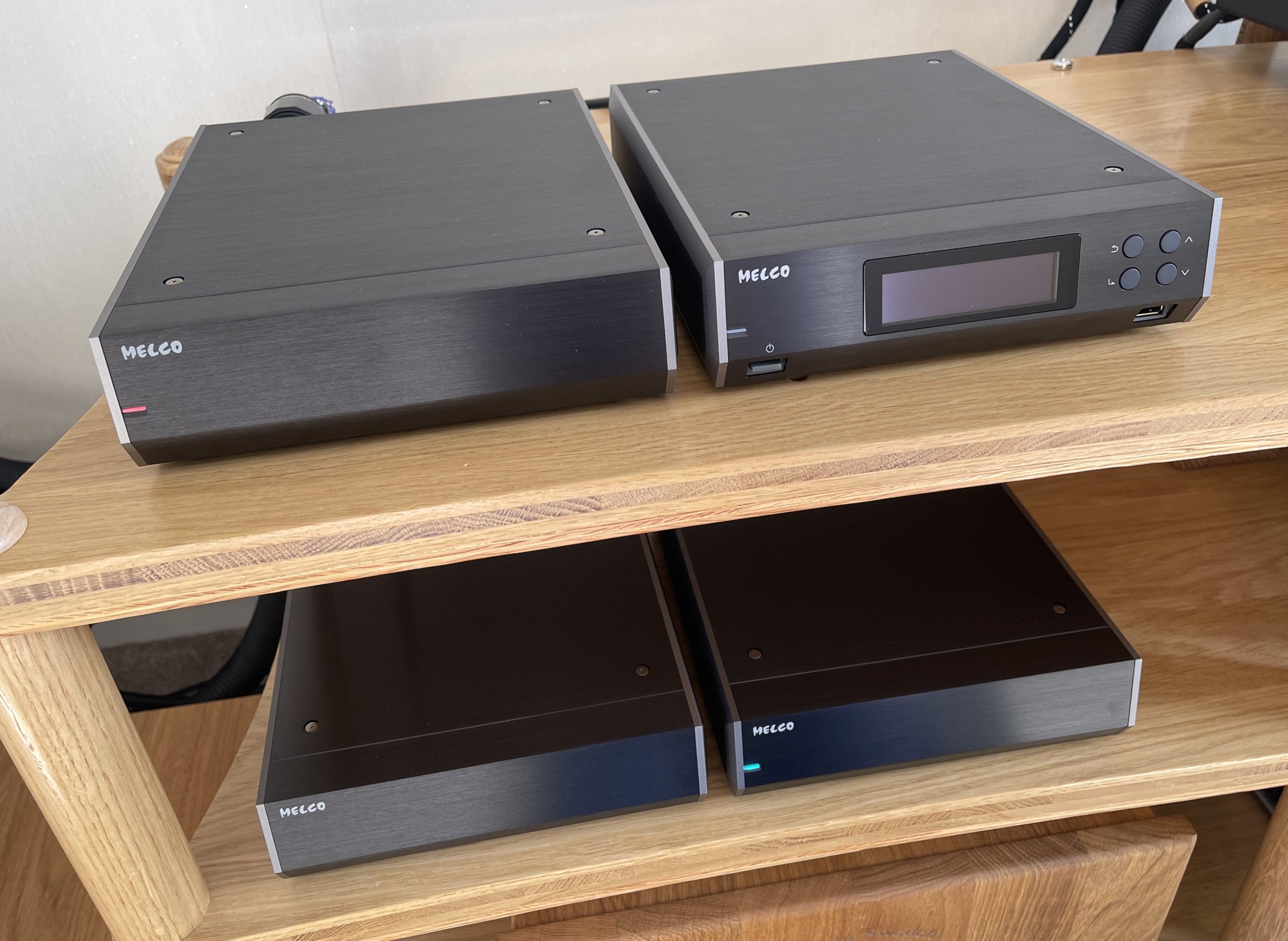