The Taiko Audio SGM Extreme is a State of the Art Music Server designed to deliver the most realistic sounding / live reproduction from stored music files and streaming music from Qobuz and Tidal.

The hardware architecture is based around dual multicore CPU’s running under a Taiko Audio custom assembled operating system.

Weighing in at back breaking 45kg the SGM Extreme is based around a fully custom chassis manufactured from CNC machined hybrid Copper, Aluminium and Panzerholz.

The finely machined aircraft-grade aluminium as a shield from external noise, but also keeps your other components free from pollution. The heavy top layer for example hosts a total of 6.000 machined holes. These holes are “waveguides” which attenuate emissions by 81 dB!

Inside the SGM you will find multiple measures to tackle the vibrational behaviour of the various components. Copper and Panzerholz have proven to be the best materials for this task, bringing low mechanical impedance and a benign vibrational spectrum to the table.

The Extreme is a sight to behold and built to last!

The Extreme is built for bit perfect output, focussing on the lowest possible latency, these 2 factors combined becomes a significant part of the resulting sound quality. Under the hood there is a total of 48GB of RAM and 2 x Dual Intel Xeon Scalable 10 core – 20 thread CPU’s for 20 cores – 40 threads in total to make up the processing power for the SGM Extreme – each CPU comes with it’s own dedicated memory bank, one domain is dedicated to the operating system, the other for music playback, so processing duties are not compromised essentially.

Music storage is via PCI-e SSD which has a directly connection to the CPU, which is much faster and quieter than a conventional 2.5 inch SSD drive. This level of quietness is another aspect of the SGM Extreme which explains why the performance level is so Extreme!

2TB of storage are included as standard, and you can specify additional 2TB drive for £300 per drive, up to a total of 28TB. RAID configuration is not recommended as it affects performance, so an external back up is recommended, which is very easy.

In terms of playback the SGM Extreme was designed with Roon in mind, it can act as both the Core and the Endpoint. The choice by Emile and his team to design a dual CPU system was for a large part fuelled by finding a way around the impact Roon’s luxury interface has on sound quality. It does enable Roon processing to become virtually inaudible, a world’s first in both Taiko’s experience (and my own!).

Not wanting to stand still Taiko have been working hard on developing their own interface, the first iteration of this was called TAS (Taiko Audio Server), which has existed in beta form for some time. The interface comfortably outperforms Roon in performance terms, it is incredibly clean and accurate. Although to be fair using Roon on the Taiko is still an experience like no other. Behind the scenes Taiko have working on a second interface called XDMS – which is due for launch soon 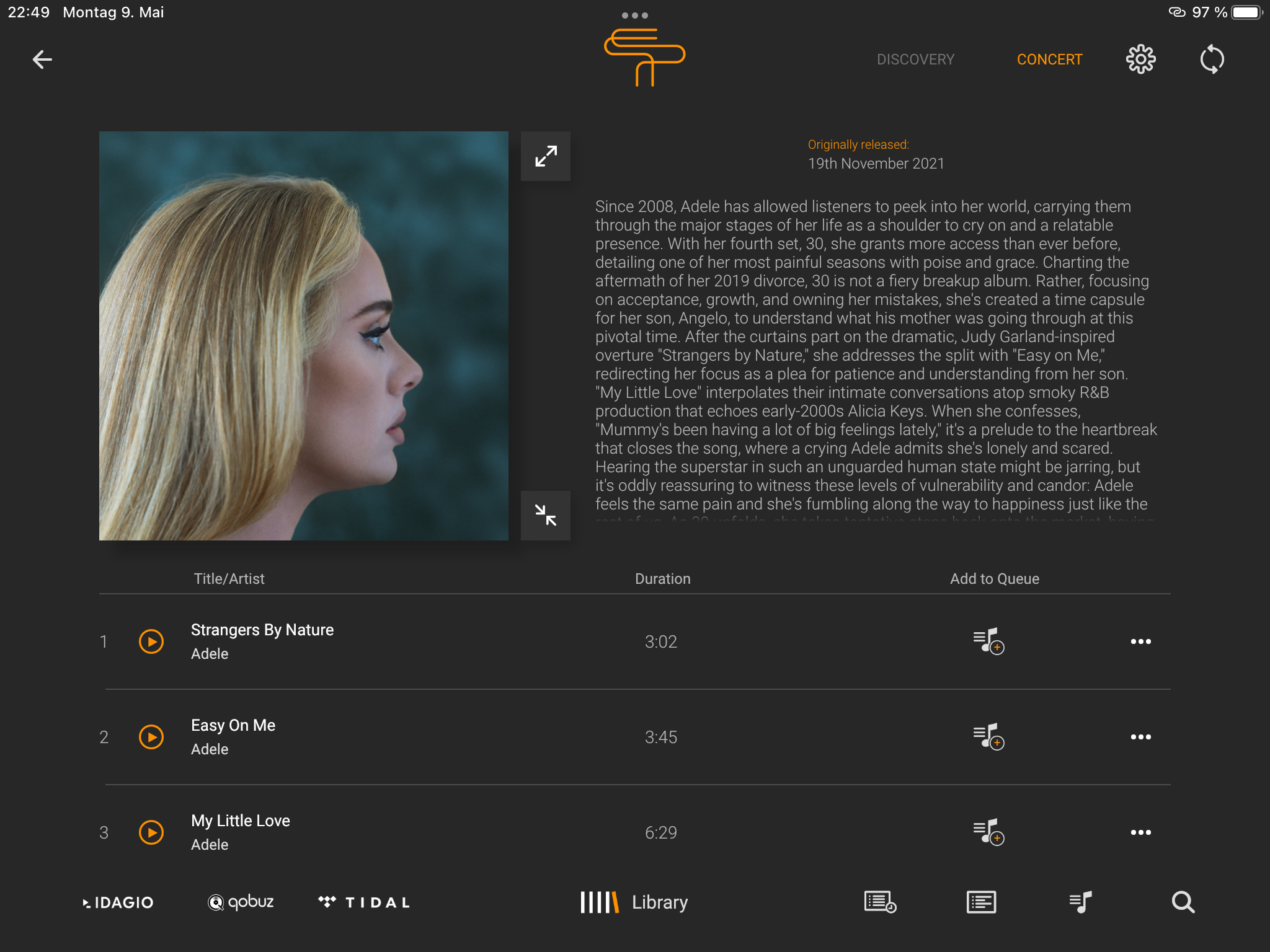 By default the primary audio output of the Taiko is via USB, you can specify SPDIF or AES outputs as a cost option if required, but USB is the most common way to connect the Extreme to a DAC. Taiko have been working on a new USB audio card, which is available as an option at £1700, compared to using the default USB output this offers a large upgrade in performance. It simply does a lot more of all the superb things the Extreme does anyway. My demonstration Extreme has both USB outputs so it will be easy enough to compare them, but it will a quick comparison to be fair!

Lead time from Taiko on all new machines is typically around 10 weeks.

If you are looking for the finest digital transport money can buy this is it. It will realign your reference point and it really does rip it up the digital rulebook over everything else and by a significant margin as well! Part exchange is welcome as well.