Skip to content
Home/High End Audio, Melco Audio, News/Upgrading from a Melco N1A to an N1ZH

Upgrading from a Melco N1A to an N1ZH

Over the past couple of months we’ve had a number of enquiries from existing N1A owners who are curious about the next model up in the range, the N1ZH and what does it offer over and the above the brilliant N1A. Many customers have initially been sceptical about the N1ZH, which I take as bit of a compliment toward the N1A – after all it is brilliant sounding piece of kit and many people wonder, just how can it get better?

In reality, the difference in performance between an N1A and an N1ZH is pretty significant, the better the DAC or network player the Melco is attached to the bigger the difference are as well.

The N1ZH is smaller, heavier, with an additional power supply. The 2 hard drives are mounted in a proprietary non-magnetic foundation to minimise vibration and noise. The hard drives themselves in the N1ZH are specially selected small form factor drives, which electrically are a lot quieter than the conventional drives that are used in the N1A.

The functionality and software that drives both players is absolutely identical.

First off, they both sound excellent, an N1A in isolation will easily outperform other devices costing more money – but when you stack it up against an N1ZH it doesn’t take long for the differences to present themselves.

Greater clarity and transparency are pretty obvious from the off as is a bigger soundstage (wider and deeper). Speaking of deeper – the bass response on the N1ZH is phenomonal, it’s never in your face or aggressive but is tight and controlled and incredibly cohesive.

The better the system, the bigger the improvements are, but don’t assume you need a “high-end” system to get the very best out of the N1ZH. Even with a sub £1000 DAC the differences between the 2 Melco models will easily present themselves.

One of my customers very recently made the jump from the an N1A/1 to one of the special offer N1ZH/1 machines and is absolutely delighted with the improvements it made to his system and more importantly his enjoyment of his music!

He very kindly offered to put pen to paper (more like fingers to keyboard!) to express his thoughts over the upgrade process…….

The Melco N1A is a stunningly good player, I had only had it for a short time when I decided that I no longer
needed to keep our otherwise excellent Musical Fidelity CD player.  Once digitised I really couldn’t tell the
difference between ‘ripped’ CDs and those played live on the CD player. The convenience of accessing my
entire collection so easily rather than looking for something on the shelves had meant that I had gone back
to listening to recordings I had honestly forgotten having!
So, the CD player went to pay towards some of the loving kindness being lavished on the system as a whole
in terms of cables and grounding with some very clever Entreq products.
Working with David gave the chance to try each of these steps and invest only when the differences were
obvious, though with David’s direction I have to say this was always the case!  In a very short time the Melco
N1A got to sound better and better, this always left me wondering if one of the higher models in the N1Z range
would add just a little more.
Tempted though I was to purchase the N1ZH Mk2 the opportunity of getting a Mk1 version for considerably less
money suddenly became available it took only a few seconds to say yes!
So, what was it like?
Well firstly the N1Z is narrower than the N1A which is what I was expecting, but the black N1Z has a much nicer
anodized finish than the junior model, and overall feels and looks more expensive – so far so good!
And the performance?
Well there were no doubts, even fresh out of the box the sound was more noticeably better than its junior sibling.
I have to say I was surprised (and delighted) by how much better it was.
It is difficult to know how best to describe the differences.  In a way there was ‘more of everything’ in recordings
I knew well, I was hearing things for the first time and the bass was certainly more solid.  Overall though the sense
of a greater musical presence is perhaps the best way to describe the change, the three-dimensional imagery
was greater both in terms of width and depth.
Even now, a couple of weeks or so later and with a lot of listening hours under the belt the differences are quite
dramatic and I almost feel myself reaching out and ‘touching the music’.
I am sceptical enough to wonder with most upgrades how much is a placebo effect and how much is real, this has
meant my upgrading pathway has been cautious. Upgrading the Melco has been quite different, perhaps best
summed up by my wife who’s ‘ears I trust’ but can a very critical observer of our hi-fi development.

A few days after the upgrade we were playing some music that we have been listening to a lot over last few
weeks-  after 5 mins she just announced “I have to admit this sounds a lot better”. When asked further she used
the terms ‘more solid, bigger and much more musical’ She then went onto say there are times when I have talked
about changes making the sound better, and yes perhaps, but this is so much “obviously better’.

So there you have it!

If you have an N1A and were curious about the benefit of jumping up to an N1ZH please get in touch, I’m confident you’ll be delighted with the improvements in performance the N1ZH will offer over the N1A. Of course, there is also the N1ZS as well!

Don’t forget your can always part exchange your existing Melco as well! 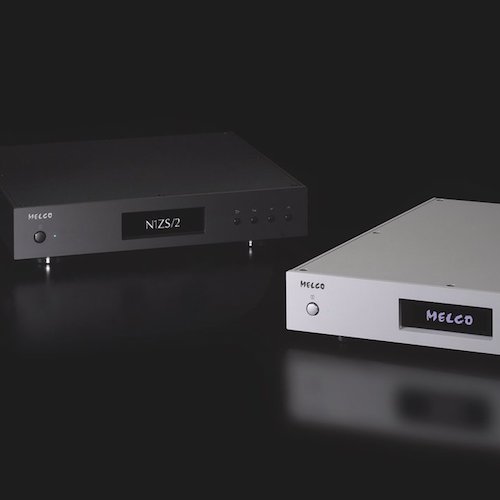